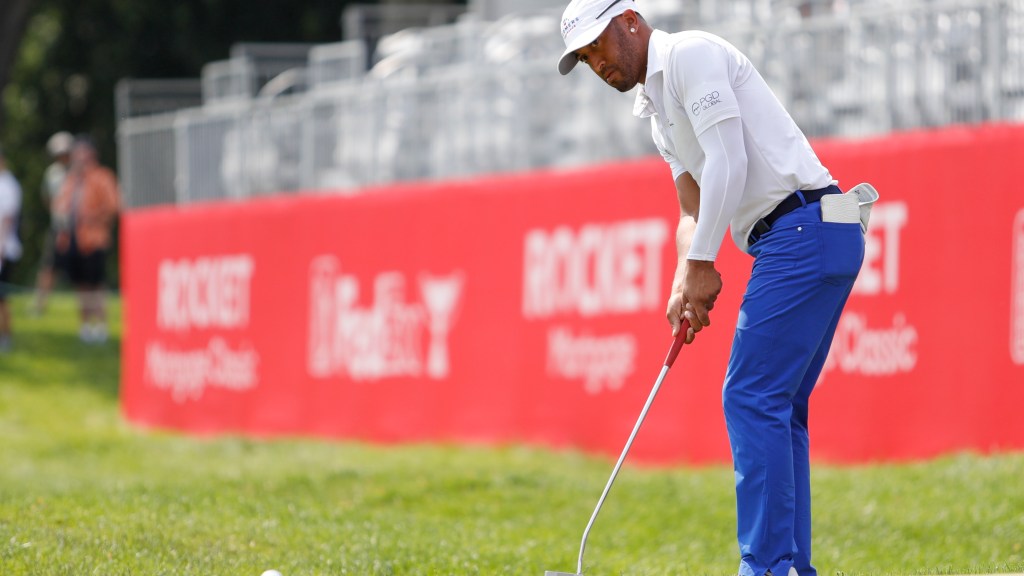 The 18-man squad is set for the Billy Horschel APGA Tour Invitational May 4-6 at Players Stadium Course at TPC Sawgrass.

Johnson and Mack made a trip this week to the Masters to compete in Friday’s second round at Augusta National. They were joined by Ryan Alford, vice president of player development for the PGA Tour, and Kenyatta Ramsey.

First time at the Masters and we did well. #the Masters pic.twitter.com/aCyWLPkuXB

The tournament is sponsored by Horschel, a resident of Ponte Vedra Beach, Fla., and six-time PGA Tour winner, and Cisco. The peloton will compete for an APGA record purse of $125,000 and the winner will receive a bye for the Korn Ferry Tour’s BMW Charity Pro-Am in June.

The pro-am will take place on May 4 and the competitive rounds on May 5 and 6. The pro-am day also includes seminars, development opportunities with industry leaders and a trip to the PGA Tour Superstore to help players adjust their gear.

“Our Tour is proud to provide professional golfers with a pathway to pursue their dreams and reach the PGA Tour, and we are honored to work alongside Billy Horschel and the APGA Tour in an effort to provide meaningful playing opportunities to help diversify the golf landscape. Korn Ferry Chairman Alex Baldwin said in a statement.

Six of the players on the field, Mack, Johnson, Alford, Byrd, Hall and Beverly, have played in PGA Tour events over the past 18 months and Mack has made back-to-back cuts last year.

The APGA Tour was established in 2010 as a non-profit organization with a mission to bring greater diversity to the game of golf. The APGA Tour Board of Directors strives to achieve this by organizing and hosting professional golf tournaments, player development programs, mentorship programs and introducing the game to inner city youth .

In addition to hosting up to 17 tournaments awarding more than $500,000 in prize money and nearly $100,000 in bonuses in 2022, the APGA has organized a player development program to help young minority golfers pursue their goals in professional golf.