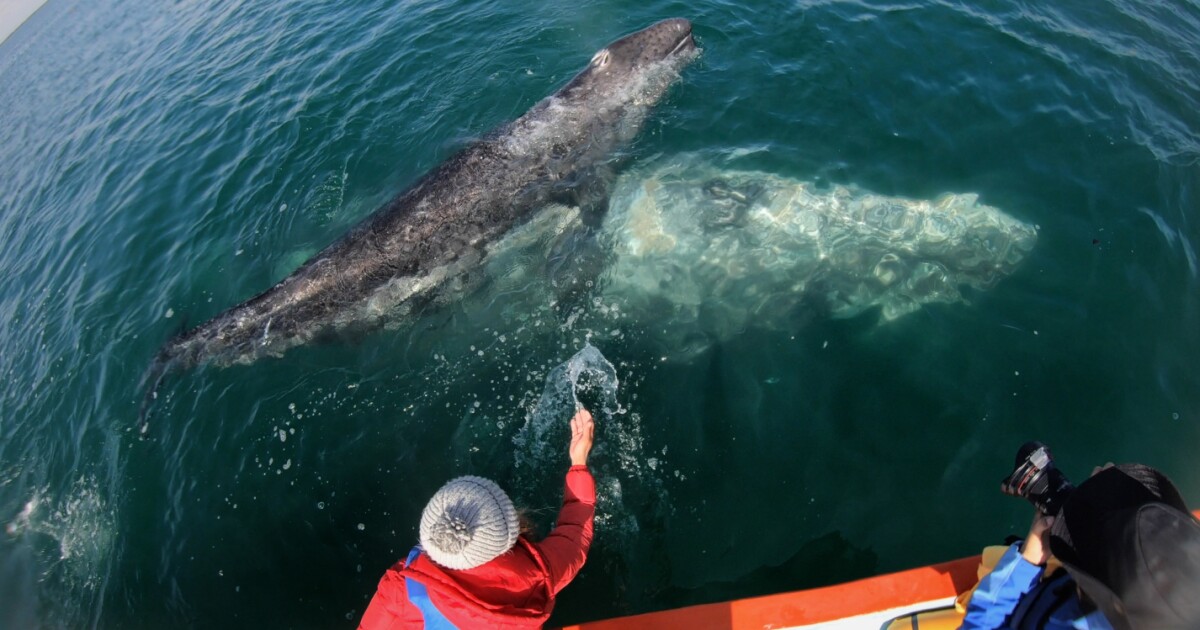 How we investigated whale deaths during the COVID pandemic

In 2019, gray whales inexplicably began to die by the dozens along the Pacific coast.

By the end of the year, whale watchers and government scientists were stunned that hundreds of people were perishing, still without a clear cause. In San Francisco Bay, where I live, 34 people have died. It was then that Carolyn Cole and I set out to find answers.

Originally, we planned to follow the whales on their annual migration, starting with the Baja California peninsula in Mexico, where these whales appear each spring to bask and breed in warm, protected coves. Then we went up the coast to the north.

But after we landed in Loreto, Mexico on March 5, 2020, almost everything was turned upside down.

The coronavirus was wreaking havoc around the world. Cruise ships were the most visible spreaders.

Carolyn and I scrapped our plans to drive west, across the Baja Peninsula to see the whales – and instead traveled over 300 miles south to interview passengers disembarking from cruise ships arriving in Cabo San Lucas. No one wore masks. Many seemed surprised and incredulous. And after a few days, we decided to head back north to the Leviathan Nursery.

Whales were present, tourists plentiful. In San Ignacio, all of the cabins at Pachico’s Ecotours were full of visitors from all over the world, including a couple who lived on the same street as me, in Menlo Park.

We went whale watching with a group of tourists one day from Milan, Italy, the emerging virus hotspot in Europe. Gloves and masks, Carolyn and I did our best to record the trip. She brought her usual two bags of camera gear and plunged a GoPro attached to a selfie stick underwater to capture video of the whales, while simultaneously taking pictures of their bodies on the surface and our fellow travelers. . I did my best to lend a helping hand (unnecessarily pressing “stop” instead of “play” on an audio recorder, and pressing “pause” on the GoPro).

We had a great video and made it home just in time – three days before shutdown orders nailed Californians to their homes.

Within days, it became clear that our plans to physically track whale migration – like a GoPro in my incapable hands – would be put on hold. Canada had closed its borders. California and much of the United States had promulgated shelter-in-place ordinances. Researchers up and down the coast have faced a scientific lockdown.

Looking for new avenues to explore the whale saga, we took to social media and started following avid amateur whale watchers, people who were doing what they could to watch out for whales.

This is how we found Scott and Tree Mercer – so determined to observe and record the journey of the whales past their home in Point Arena, Calif., That they defied the sheriff’s orders and were thrown out, over ‘once, from their perch near the lighthouse.

This is how we learned of new strandings – from Southern California to Del Norte County – and built a network of sources, including experts such as Sarah Grimes at Fort. Bragg’s Noyo Center for Marine Science, Bill Keener at the Marine Mammal Rescue Center in Sausalito and Alisa Schulman-Janger at Dana Point.

As a crazy year got crazier and crazier, we hit the road to cover the pandemic, wildfires, and George Floyd murder protests across much of California and other states, but we kept an eye out for whales as we moved.

Carolyn made trips to Oregon and Washington to capture the migration – sadly faced with bad weather and photo-reluctant whales at every turn.

And as the year drew to a close and the coronavirus restrictions started to ease, we decided to revisit the whales in Baja – and booked our trip for February, trying to schedule it for the same time as we visited the year before.

Unfortunately the place we have stayed before, Pachico’s Ecotours, was closed.

So we booked at Antonio’s Ecotours – just down the road – where getting a reservation was all too easy. The only other visitors to the complex were a French film crew; they left the day we arrived.

This was a marked difference from early 2020, when resorts were booked to capacity and communal dining rooms were full every night.

Even more worrying was the condition of the whales. As in the previous two years, many whales were still skinny. And in the Baja lagoons, there were fewer dams and calves than usual.

But there were also healthy ones. Maybe they got relief from the stress due to a decrease in boat traffic and noise pollution.

Now, while we appear to have taken a very fine line with the virus, we hope to visit the whales later this summer in Alaska – where they travel every year to consume their annual food supply.

Carolyn and I hope that 2020 – a year of shutdowns, starts and prolonged silence and reflection – gives us all more perspective on this fragile planet. A world in which we humans can once again move around somewhat freely, but with a greater awareness of our impact on these creatures and ecosystems that we all share.