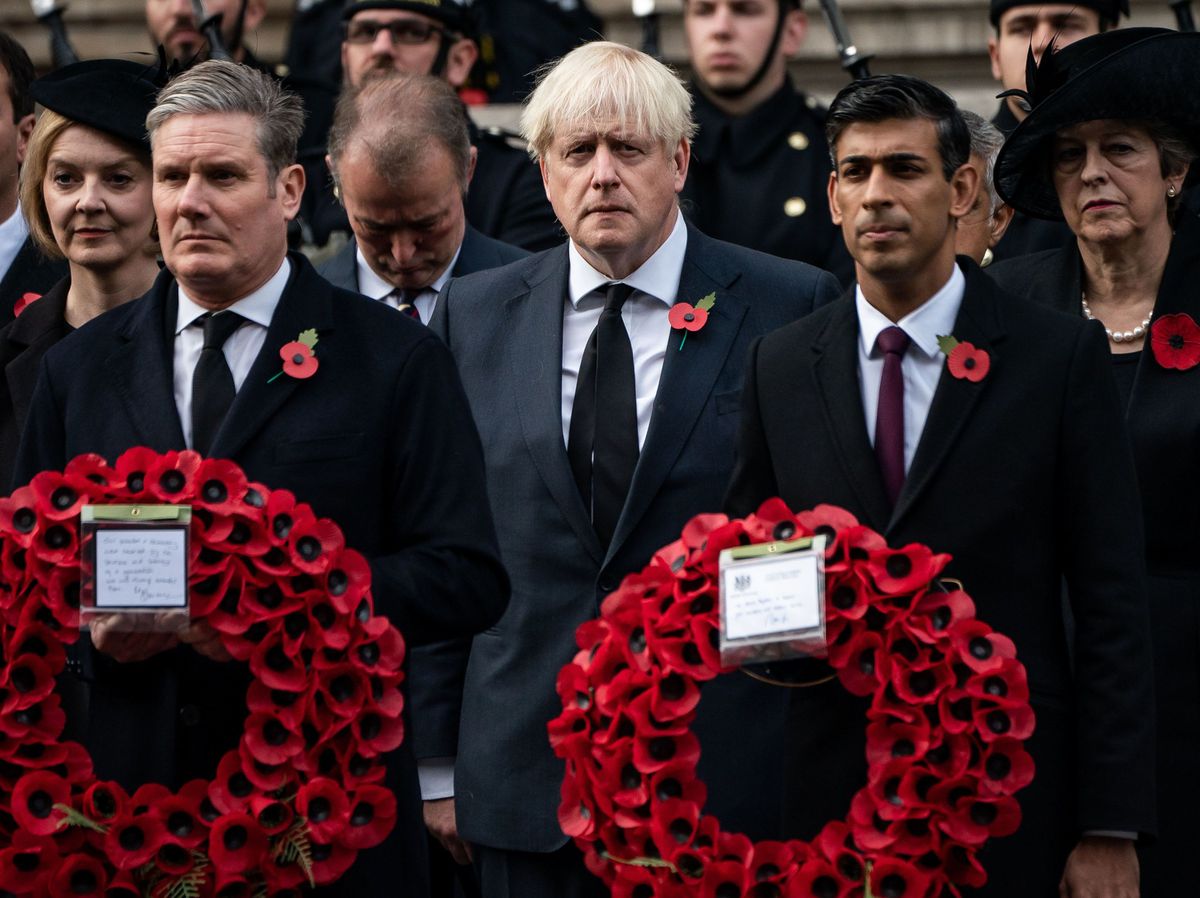 Liz Truss looked oddly empty in the line-up. It was probably not the Remembrance Sunday she had expected. Tony Blair, not yet 70, looked simply old.

The arrest by Hertfordshire Police of three journalists covering a Just Stop Oil demonstration on the M25 is chilling enough. But what makes matters more sinister is the response from local conservative police and crime commissioner David Lloyd. He told the BBC: ‘The reason Just Stop Oil continues to do this is that they know they will get publicity if they do.

In other words, one official, elected “to hold the police and the police chief to account on behalf of the public,” seems to think that editorial decisions should be made by the police. Lloyd’s words clearly rocked Downing Street where a spokesman insisted it was vital journalists could ‘do their jobs freely without restriction’. Lloyd himself has issued a half-baked apology for the arrests and says, “I’m a big fan of a free press.” Yes indeed.

Anyway, glad it’s fixed. So, in the future, will reporters and photographers covering protests not be treated like criminals? Don’t put money on it.

In the 1930s, the development of radar was spurred on by the hope that it might prove to be a deadly ray, capable of knocking enemy bombers out of the sky. It didn’t happen, but 90 years later Britain’s first-ever laser weapon scored its first “kill”. In testing, the £100m DragonFire prototype is said to have destroyed a drone over two miles away.

The good news for our armed forces is that DragonFire doesn’t need shells or any other type of ammunition. The bad news is that each laser shot requires an enormous amount of electricity. Imagine the scenario. An enemy drone is sent to destroy the UK’s national grid and put out all our lights. DragonFire destroys the drone – but all our lights go out.