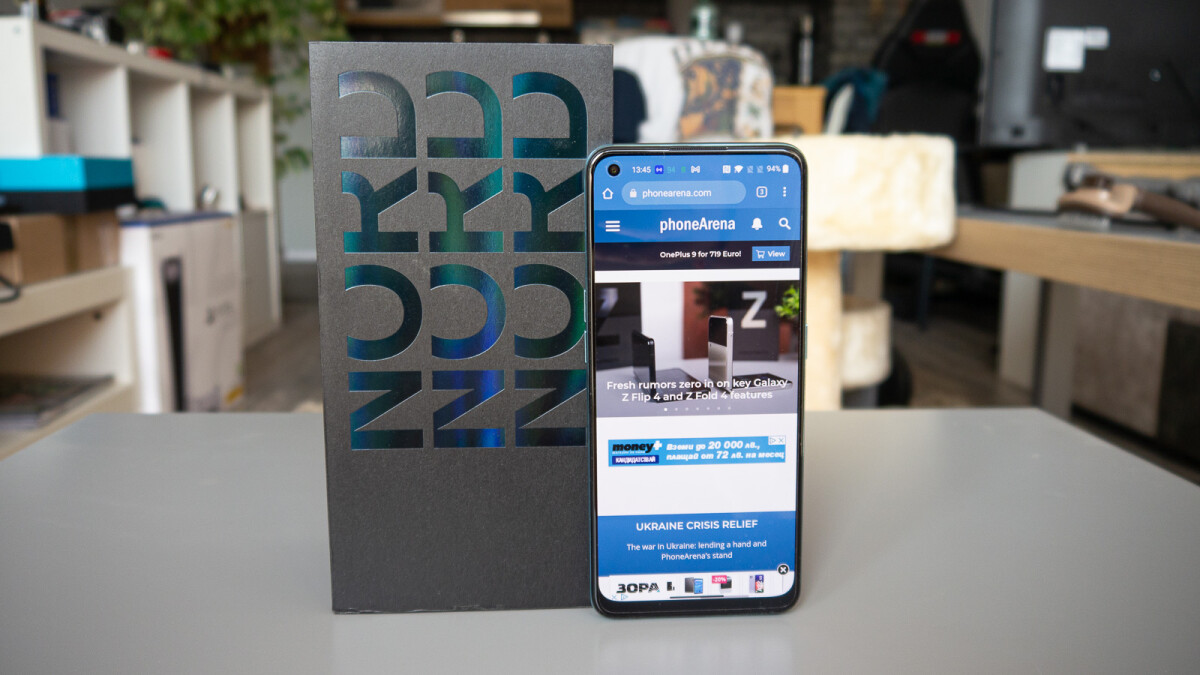 Reviewing budget phones is tricky, especially when you’re spoiled by 100x zoom flagships with 120Hz displays and chipsets that can launch the next SpaceX rocket and land it with no problem.

That said, we live in extraordinary times! Now you can get an AMOLED display smartphone, supporting the latest connectivity, with a long battery life and a chipset fast enough for pocket money.

And that’s what the Nord CE 2 is – the value. After OnePlus launched the original Nord, the company saw the huge potential in the budget smartphone segment. And started exploiting it, aiming to take down behemoths like Samsung and Motorola. Then the “Core Edition” came with an even more affordable price, and now we have the successor.

The OnePlus Nord CE 2 does a lot of things right – it’s got a decent screen, a nice design, great battery life, fast charging and the aforementioned superb price. There are a few shortcomings in the camera department, and you can definitely feel the plastic-coated build, but overall this phone punches well above its weight.

The Nord CE 2 sticks to the Core Edition formula to deliver a nice design and a gorgeous display at a reasonable price. The overall design is fresh, especially the Bahama Blue color option, which is reminiscent of a summer sky with a hint of purple.

The frame is plastic with a glossy top, and the back is also plastic, although you could easily mistake it for glass. The only telltale sign is the little flex when pressing the OnePlus logo on the back.

The camera bump isn’t a regular physical protrusion, but a slight elevation carved into the plastic itself. Two huge circles look at you from behind accompanied by two smaller ones next to the main camera. It’s a throwback to how OnePlus 9 handled the camera bump and it doesn’t look half bad.

There’s a punch-hole selfie camera in the top left corner of the screen and the usual Core Edition chin on the bottom. The 3.5mm jack and microSD card support are both nice surprises, but the physical mute slider is nowhere to be found.

Putting an OLED display in a sub-$400 device isn’t revolutionary anymore, but we can’t help but be impressed with the OnePlus Nord CE 2’s display. It’s a 6-inch AMOLED panel. .43 inches with 2400×1080 resolution (409PPI), 90Hz refresh rate and HDR10+ support. These specs translate well to real-world scenarios – this is a bright, crisp and overall easy-on-the-eyes display. Peak brightness hits 600 nits, and while that’s nowhere near what flagships can produce, the screen is perfectly readable in direct sunlight.

There are two color modes – Vivid and Gentle, the former using the P3 color gamut and the latter – sRGB for more accurate and natural colors. The 90Hz refresh rate is starting to become the industry standard now, and it’s good to see OnePlus sticking to its guns with the Nord CE 2 (the first edition also sported a 90Hz display).

The default color temperature is cooler, but you can warm it up via a slider. There’s also an Always On mode with a few smart options (All day, Scheduled, Power saving, and Pick up to show).

All in all, that 6.43 panel is the main star of OnePlus’ show and one of the best features the Nord CE 2 has to offer.

Unlike its predecessor, the OnePlus Nord CE 2 relies on MediaTek silicone. The Dimensity 900 chipset holds its own and delivers pretty decent performance. It might not be a powerhouse or benchmark champ, but it’s a clear upgrade over the Snapdragon 750 in the first Nord CE. In real life, the phone looks amazingly vivid even with all the visual goodies – like animated backgrounds, UI animations, etc. 8GB of RAM and 128GB of internal storage are plenty on a phone of this caliber, and there’s also an SD card slot to further expand the base storage (although, to be fair, the phone comes in a 6/128 GB memory configuration in some markets).

There’s a high-performance mode buried in the battery settings and turning it on will improve synthetic benchmark scores, as well as the overall feel of the phone. This will inevitably reduce battery life, as will keeping the phone running at a 90Hz refresh rate.

On the software side, we find the OxygenOS 11 based on Android 11. Nothing to complain about here, although some might find the absence of Android 12 out of the box disappointing. Finally, the fingerprint reader (which is of the under-display variety) works fairly consistently.

The OnePlus Nord CE 2 comes with a triple camera system on the back, consisting of a 64MP sensor under the main wide-lens camera, paired with an 8MP ultra-wide snapper. The third camera is (unfortunately) a dedicated macro lens.


The main camera can take decent photos in good lighting, although even then images tend to lack dynamic range and detail. There’s a stark difference between the main camera and the ultra-wide camera – the latter overexposes shots and colors look drastically different between the two sensors.

The macro camera isn’t amazing – OnePlus says that for best results you should place the phone 4cm from the object you’re photographing, but even then the resulting images lack the dramatic detail of some better implementations macro there.
The selfie camera is a 16MP sensor which is decent and on par with the rest of the shooting tools inside the OnePlus Nord CE 2. Be careful, though, as beauty effects are enabled by default and you might end up by looking like a plastic doll.

There’s a dedicated night mode on board but it really does take a steady hand to shine. The algorithms are quite aggressive and the resulting images are washed out and smudged, albeit a bit brighter. Shooting without night mode enabled produces much more natural images but introduces noise and other artifacts.

On the video side, the OnePlus Nord CE 2 can shoot 4K video but image stabilization is not available at this resolution, which makes videos shaky. On the plus side, when shooting 1080p video, the stabilization is decent and the autofocus does a great job as well.

You can zoom in and out only using 4K mode (I suspect it has something to do with image stabilization already cropping the image to 1080p), and it’s all digital, so not great. Overall, if you’re shooting at 1080p and in a well-lit room or in bright sunlight, the results can be pretty decent.

A few words about audio. There’s a single bottom-firing speaker, and while it’s very loud, there’s some distortion introduced at higher volume. Being pulled from the bottom, it is also easy to cover it while holding the phone. The 3.5mm audio jack could be the answer to all your audio woes, so the lack of stereo speakers on a sub-$400 phone shouldn’t be considered a major drawback.

Another big plus (pun intended) of the OnePlus Nord CE is fast charging support, which is extremely fast. The battery itself is rated at 4,500mAh, but if you dig into the press materials you’ll find there are two 2,250mAh cells inside – a common practice when fast charge times are targeted. This phone charges from zero to full in around 40 minutes, and it’s one of the fastest charging budget options. Plus, you get the 65W charger in the box (also paired with a silicone case).

You may have noticed that the battery test results cannot be found, and that’s because the way OnePlus Nord CE 2 handles screen brightness makes it incompatible with our testing procedures.

On the other hand, my purely subjective test showed the phone could easily last a day and a half, with the potential to extend that to two full days if you turn off high performance mode.

The budget smartphone segment is getting more and more crowded these days. There are plenty of options around the $400 mark and the OnePlus Nord CE 2 is definitely a contender. It all comes down to personal preference in the end – if you’re a OnePlus fan looking for a budget phone with a great display and 5G, the OnePlus Nord CE 2 is your best bet. Otherwise, you can score a Galaxy A-series device or a Motorola for the same kind of money. Discover our Best phones under $400 apiece for more details.