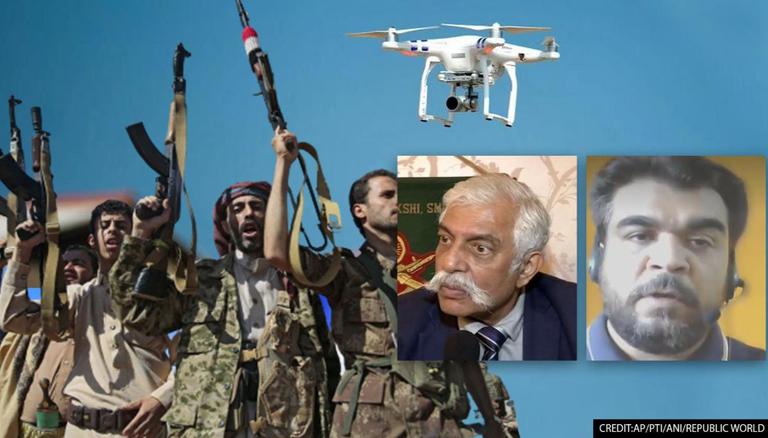 Yemeni Houthi rebels, associated with Iran, claimed responsibility for an attack on the United Arab Emirates (UAE) on Monday, after authorities in the Gulf state reported two fires in Abu Dhabi believed to be caused by drones. Abu Dhabi Police say three fuel tankers exploded in the Musaffah industrial area near ADNOC storage facilities, while a fire broke out at an airport construction site Abu Dhabi International. The incident killed three people – two Indians and a Pakistani – and injured several others.

Unmanned aerial vehicles (UAVs) or drones, which can be used to help with logistics and mapping, are now programmed to destroy everything from a distance. Advances in video camera techniques, precision operations with improved GPS, stealth operations and faster speed are what make drones deadly and effective in combat. It also raises concerns about how these drones are being used for military operations and evolving into next-generation weapons of war around the world.

By talking to Republic Media Network on the Abu Dhabi airport attack, Major General (Retired) GD Bakshi, a drone expert, said drones are the future of warfare. He informed that Armenia had won the fight against Azerbaijan simply by employing drones in large numbers and that Pakistan had received a large number of drones from China. These hexacopters and quadcopters regularly provided military weapons, ammunition and explosive grenades like the RDX, Major General Bakshi informed.

“The future of warfare is the drone. In the Armenian-Azerbaijani conflict, Armenia won simply by using drones en masse. Israeli drones, Turkish drones, Chinese drones. drones en masse in Pakistan Over the past couple of years these hexacopters and quadcopters have regularly provided weapons, ammunition, they have dropped explosive military grenades like the RDX, which were used in Ludhiana and have now been defused in Delhi very fortunately had reached J&K. There were 70 sightings of drones last year. They attacked our air base,” Maj. Gen. GD Bakshi said.

Sunny Sharma, also a drone expert, said the Abu Dhabi airport attack was meticulously planned. He explained that the attackers may have known the exact GPS coordinates of where these trucks were parked. Sharma said drones have become a new norm, citing a September 2019 attack on Saudi Arabia’s crude oil production in which 18 low-cost drones (along with cruise missiles), allegedly deployed by Houthi rebels, blew up the facilities.

“Well, if it’s a drone attack, it’s very carefully planned. They carefully targeted the tanker because the tanker needed a certain amount of initial fire because they were already filled with enough of fuel to create an impact so if it was a drone attack I think it was very carefully planned I think it was flown to specifically line up the drop or the attack where they had the coordinates exact GPS where these tankers were parked,” Sharma said. Republic Media Network.

“In fact, in 2019, the Houthi rebels used a similar method to attack senior commanders, and they killed almost 6 people. So I think the drone has become the new norm. It’s a poor man or it requires very less technical knowledge, is easily accessible and can be brutally weaponized,” he added.