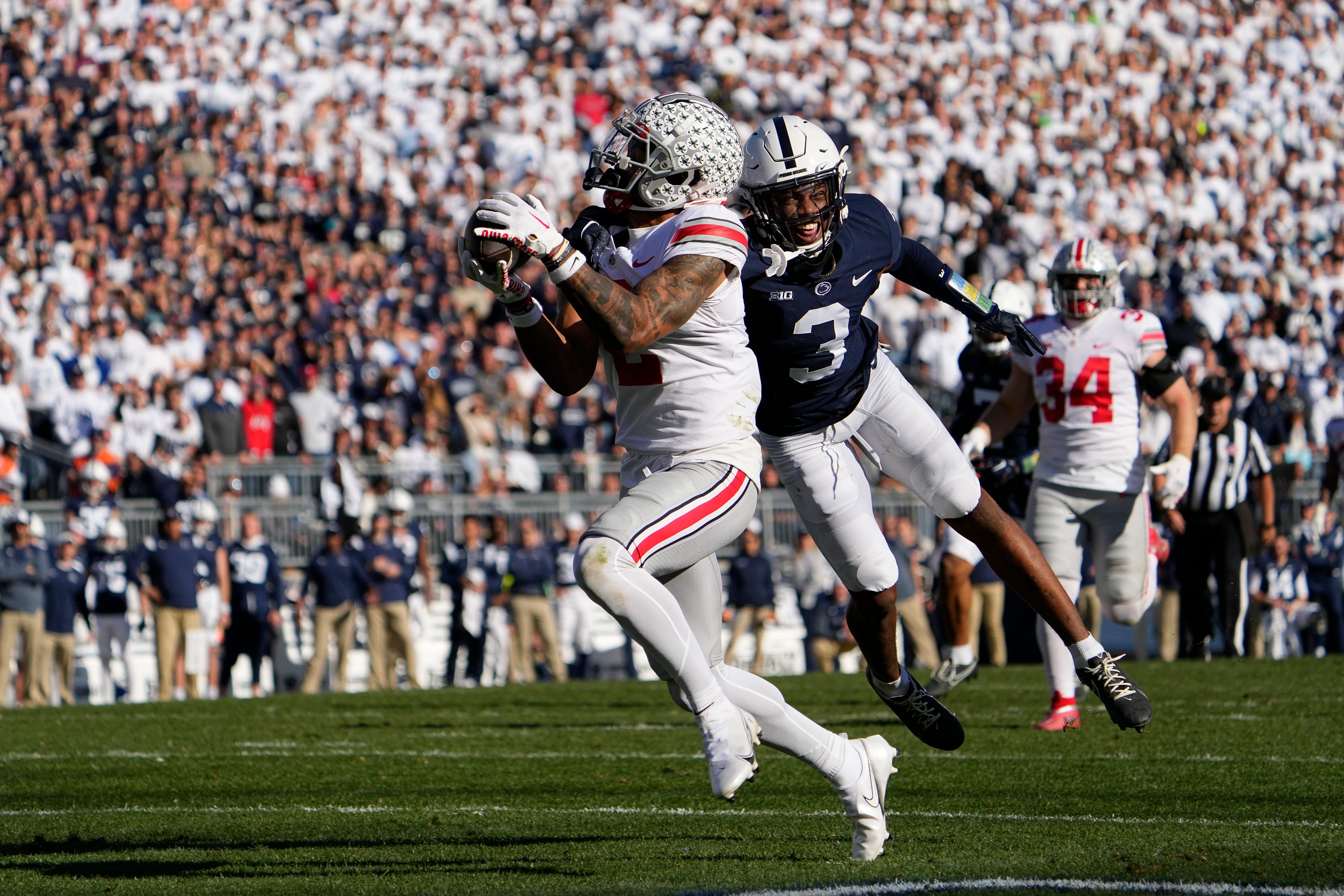 Emeka Egbuka was one of the Ohio State players to speak after practice Wednesday. One of the areas he discussed was JT Tuimoloau’s play in Week 9.

Egbuka claimed that Tuimoloau is a “one-in-a-generation type athlete”. Tuimoloau definitely showed how athletic he can be against Penn State. Tuimoloau had 6 total tackles and a pair of sacks and interceptions.

Tuimoloau could also be the first overall pick when he decides to turn professional, according to Egbuka. It’s early in his career at Ohio State, but with names like Chase Young, Nick Bosa and Joey Bosa coming through Columbus, anything is possible.

Emeka Egbuka says JT Tuimoloau is a “one-in-a-generation type athlete” and always thought he would be a “number one overall pick”. pic.twitter.com/964MwohpAE

Although Egbuka complimented the way Tuimoloau played, he also had a solid outing against the Nittany Lions. He had 6 receptions for 53 receiving yards.

Egbuka and Tuimoloau will have the chance to make plenty of plays against a North West 1-7 side on Saturday. Evanston’s kickoff is scheduled for noon ET on ABC.

Sports betting in the land of the Big Ten