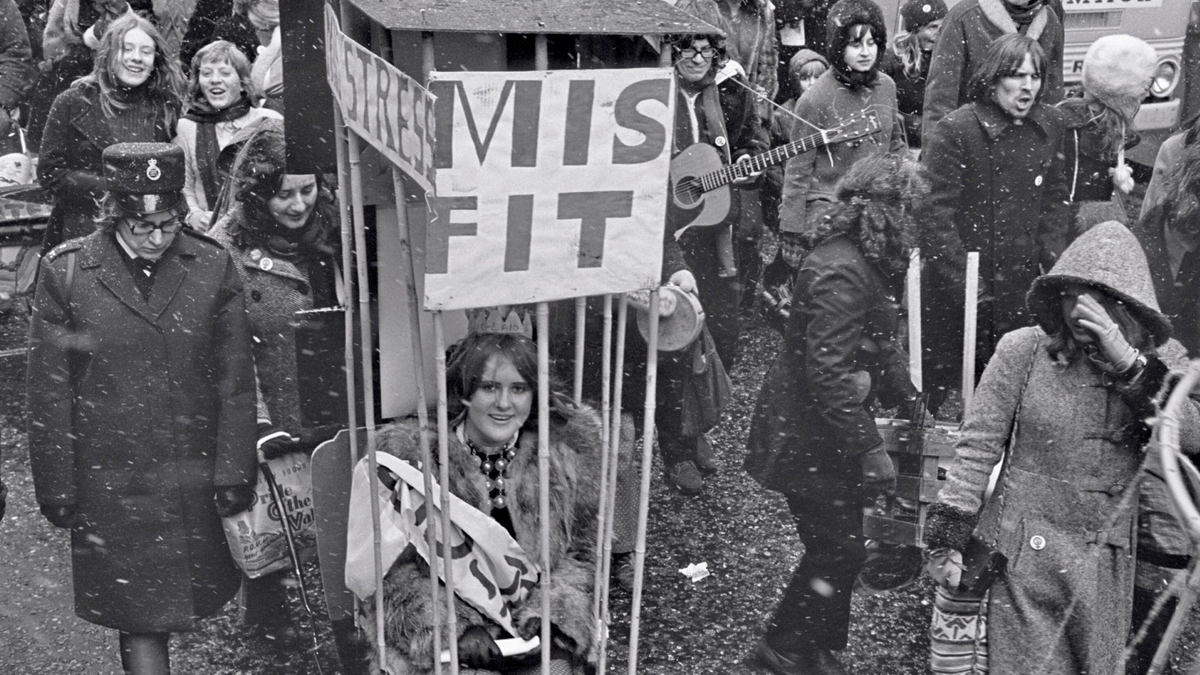 An exhibition exploring how women’s resistance has resonated across generations has just opened at Four Corners in London, England. It takes place as part of Women’s History Month in East London and focuses on the perspectives of women and non-binary photographers who use imagery as a means of supporting social and political change.

The exhibition “Photographing Protest: Resistance Through a Feminist Lens”, aims to challenge the male-dominated history of protest reporting and what this means for the representation of resistance. There will be sit-ins, street theater performances, candlelight vigils and eviction campaigns as well as works by Tessa Howland, Loraine Leeson, Sheila Gray and Maggie Murray.

• 22 pioneering women in photography you need to know

Activist photographer Sally Fraser, whose images are rarely seen, will exhibit photos from various social movements from 1968, including the Hornsey Art College student sit-in at the explosive beginnings of the women’s liberation movement. The all-womxn photo agency Format will also display photos of social protests in the 80s and 90s such as the Greenham Common Women’s Peace Camp and the front line of the miners’ strike.

In addition to celebrating women who have documented the feminist side of protest, the exhibition will also explore a new era of photographers engaging in contemporary struggles such as anti-racism, LGBTQIA+ community rights and climate justice, while addressing how feminist protest photography can create real political change.

Coinciding with the exhibition, there will be a series of online lectures produced in collaboration with Kylie Thomas of the Netherlands Institute for War in Amsterdam and the editor of a special edition of MAY: Feminism and Visual cultural magazine on photography and resistance which will be published in the spring of 2022.

The Photographing Protest exhibition is funded by the National Lottery through the Arts Council of England, and is one of the exhibitions that form part of Communities of Resistance’s 2022 cultural programme, Four Corners. Admission is free and will be open from March 18 to April 30.

Drones on display at Lysterfield