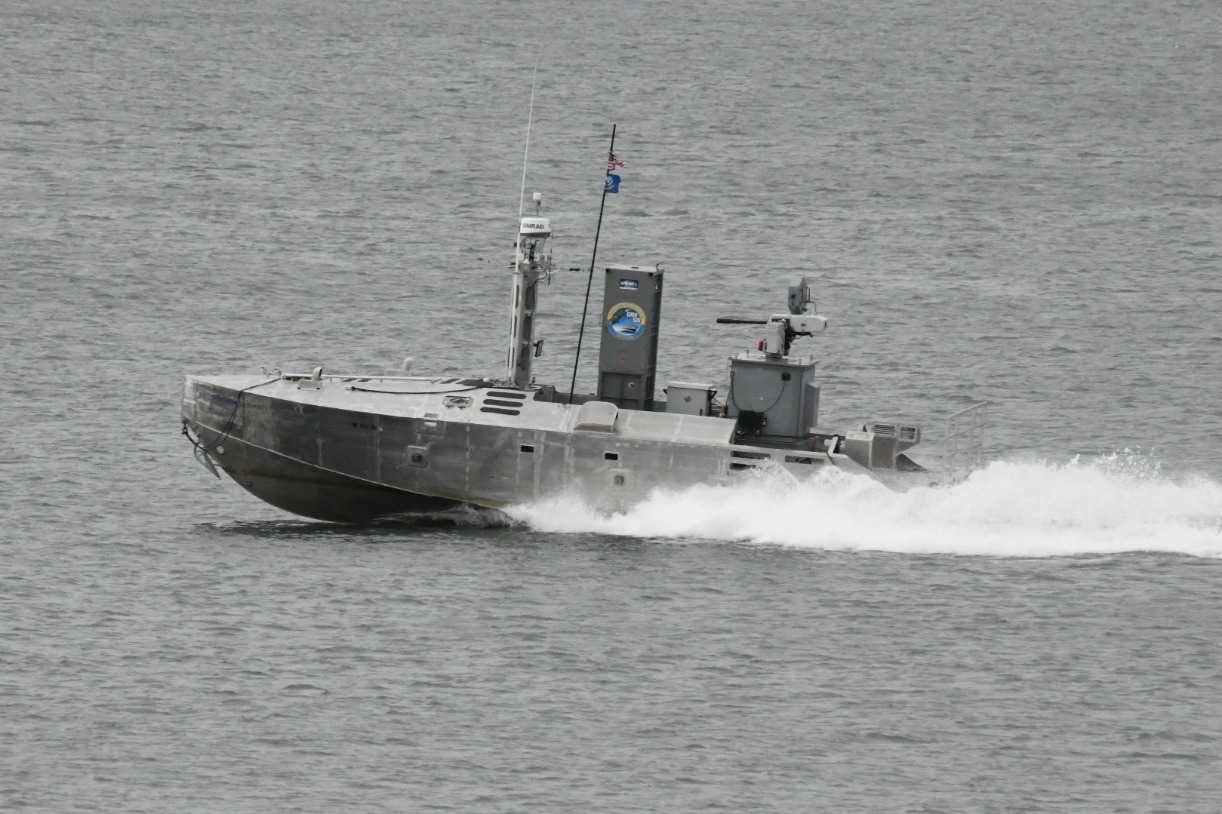 Given the magnitude of the US Navy’s progress in autonomous surface warfare and its rapidly expanding fleet of drones, it is no surprise to learn that the closely watched large Chinese Navy reports the same success.

This technology is made concrete through advanced levels of collaborative autonomy in which advanced algorithms are able to process incoming data, bounce it off a large database to perform analyzes and optimize an action plan. The Chinese newspaper describes it as “collaborative perception, high-speed tracking, collecting evidence, intercepting and guarding Chinese maritime territory.”

This language sounds surprisingly familiar, as it reflects what the US Navy has been pushing forward for many years with its Ghost Fleet or Overlord program effort. This rapidly evolving technological setup involves a number of unmanned assets operating autonomously in coordination with each other to respond to new emerging intelligence information rapidly, adjust mission scope or operate rapidly as needed, take autonomous critical and non-fatal decisions and optimize mission efficiency. It is not known to what extent China’s AI-enabled computer algorithms are able to compete with the United States in terms of operational functionality. However, it seems unlikely that China is well positioned to match the advanced stages of the collaborative autonomous functions now operational with the US Navy.

The process is both nuanced and quite complex, as groups of US Navy unmanned surface vehicles can operate with their own computerized levels of range. The next step, with which the US Navy continues to make decisive progress, comes in the form of ‘collective autonomy’, which means that individual drones can share and analyze data with each other and make the necessary adjustments and reviews as a group. Groups of USVs are now being built and developed to function in close coordination with each other in a fleet of unmanned and crewed vessels in an optimal manner.

The US Navy is rapidly acquiring a new, highly advanced fleet of small, medium and large USVs to operate in close coordination with each other. Each of these platforms is intended to operate smaller drones, autonomously hunt mines and submarines, organize and share real-time fleet information using data processing technology. based on AI and to perform integrated and collaborative missions with small groups of drone boats. The Ghost Fleet program dates back many years to its beginnings with the Office of Naval Research, and given the complexity of the algorithms required to advance an integrated surface drone system, it seems unlikely that China will be able to compete for this mission ability.

Kris Osborn is the defense editor for the National interest. Osborn previously served in the Pentagon as a highly qualified expert with the Office of the Assistant Secretary of the Army – Acquisition, Logistics & Technology. Osborn also worked as an on-air presenter and military specialist on national television networks. He has appeared as a visiting military expert on Fox News, MSNBC, The Military Channel, and The History Channel. He also holds an MA in Comparative Literature from Columbia University.

Realme C25Y – a phone that promises some features and offers