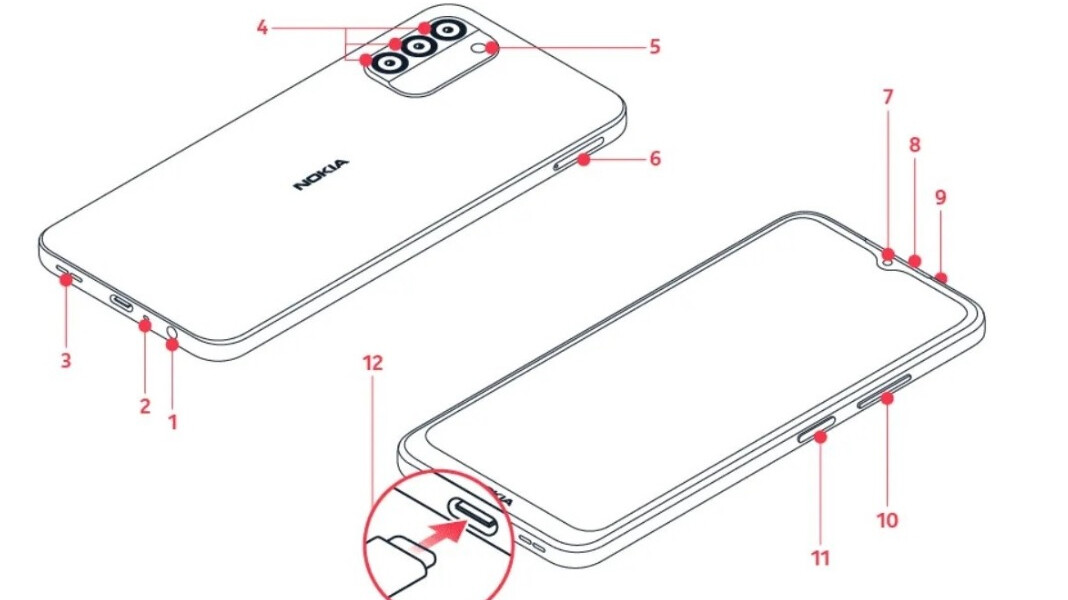 By Michael Cammack On Jun 26, 2022
Share
In January, when the cold reigned, we told you about five new affordable nokia phones which were introduced by HMD Global, the company that licenses the Nokia name for its smartphones. The five handsets that were unveiled in January included the Nokia G400 5G, the 4G-only Nokia C100, the Nokia C200 and the Nokia G100. Additionally, this list includes the reinvented Nokia 2760 flip phone.
The phones were revealed during CES 2020 in Las Vegas and one of the models, the Nokia G400 5G (model number TA-1448), recently surfaced at the FCC with outstanding specs considering the phone is expected to cost around $240. The Nokia G400 supports 5G, the only model among the five announced at CES that supports 5G. The handset features a 6.5-inch LCD screen and a refresh rate of 120Hz, the first Nokia smartphone to refresh its screen at this speed.
The Nokia G400 will be operational with Android 12 pre-installed, 6 GB of memory included and 128 GB of onboard storage. The FCC visit also revealed that the phone will pack a 4900 mAh battery which Nokia may market as 5000 mAh after some rounding up. Hey, for $240 you’d probably be happy to pick up a 4900mAh capacity battery. Under the hood, we expect to see the Snapdragon 480 chipset

Thanks to the FCC visit, we know that the triple-camera setup will feature a 48MP main sensor, a 5MP ultra-wide camera, and a 2MP depth sensor. The front-facing selfie snapper is expected to feature a 16MP camera sensor.

If you’ve had your eyes on this phone since January, you’ll need to exercise a bit more patience. We could see the device start shipping in early November. According nokiapoweruserthe phone could be marketed as Nokia G40 or G41.

The Nokia G100 manual was also part of the FCC documentation for that phone. Known as the TA-1430 model, the G100 is expected to retail for $150 and come with a 6.5-inch display, triple-camera array, side-mounted fingerprint scanner and a 5000 mAh battery. The Nokia G100, unlike the G400, does not support 5G connectivity.