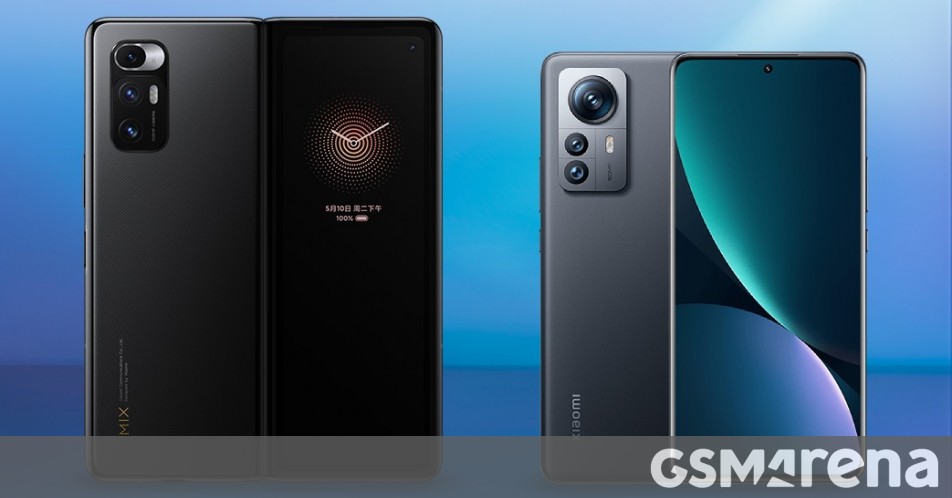 Two rumored Xiaomi phones have been described in more detail in the TENAA certifications. Both phones are Xiaomi’s second foldable phone and what could be its first phone with a 200MP camera.

The Xiaomi Mix Fold 2 (22061218C) will have 12GB of RAM and 512GB or 1TB of storage, according to the TENAA listing. This phone will almost certainly be powered by the Snapdragon 8+ Gen 1. From a 3C listing, we know it will support 67W fast charging (battery capacity is yet to be determined). According to the leakster Digital chat stationthe Mix Fold 2’s internal and external displays will refresh at 120Hz and they will have aspect ratios of 10.3:9 and 21:9 respectively.

Up next is the Xiaomi K50S Pro (22081212C), which is listed as having an 8/128 GB configuration and a 12/256 GB configuration. This phone will also likely feature SD 8+ Gen 1 and DEC teased that it will have a 200MP camera (so it’s a race with Motorola for who comes first). This one also went through the 3C, it will have 120W fast charging, the battery capacity is expected to be 5000mAh. The screen will have a 120Hz refresh rate, according to rumours.

K50S Pro can be sold as Xiaomi 12T Pro globally. There should also be a Redmi K50S/12T, which will be powered by the Dimensity 8100 instead.

Drone capabilities ensuring the security of the country: MP