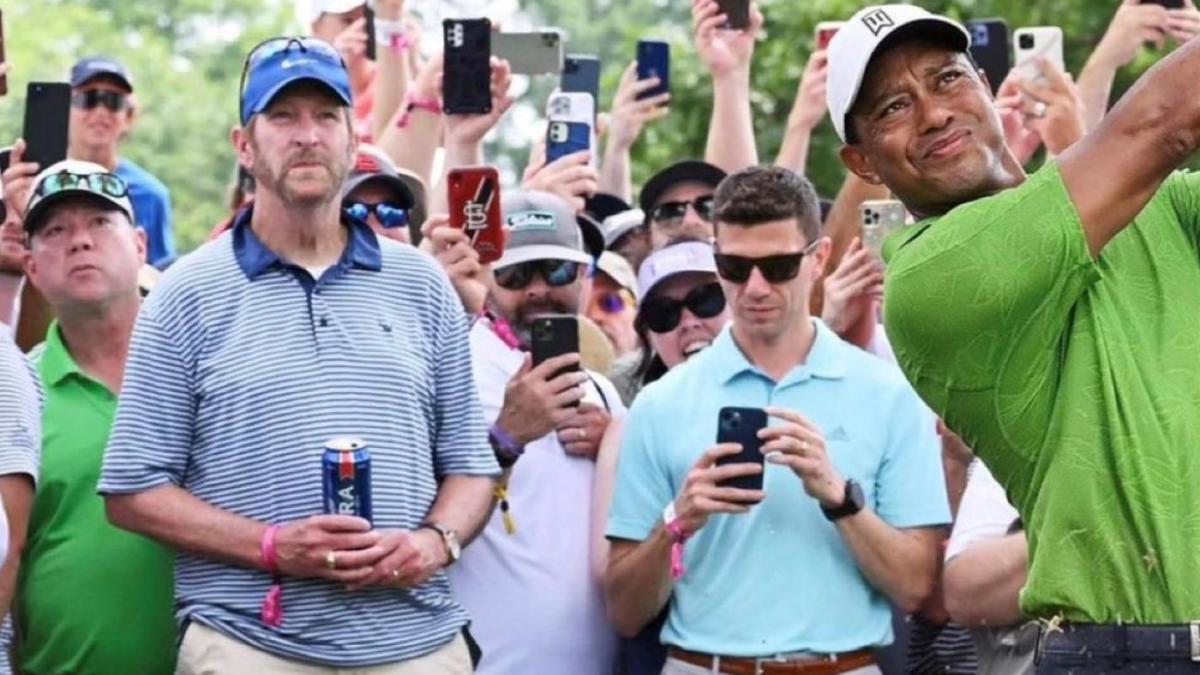 Mark Radetic was just a normal guy watching Tiger Woods play the PGA Championship last week while enjoying a cold beer. Almost everyone around him had his phone to capture the golfing legend on camera, but he did something that feels a bit old-fashioned in the era of camera phones – he just looked one of the most all-time great athletes go to work. Michelob Ultra – the brand of beer he was drinking – noticed. Radetic is now part of their publicity and might even get its own limited edition box.

It all started when a Twitter user pointed it out in a screenshot that shows Woods swinging as a crowd of onlookers holding their phones stand behind him.

“No cell phone. Just a man watching Tiger with a Michelob Ultra,” read the tweet, which quickly went viral.

Once Michelob Ultra found him, they asked for permission to use his image on a t-shirt and hat with the slogan “It’s only worth it if you like it”. The company also released a short advertising on social media using the viral photo.

“It really took off because everyone was on their camera except me, and I was holding a Michelob Ultra,” Radetic said. KMOV. “They said they wanted to do a publicity campaign around it. Ultra offered to give me, as they put it, ‘lots of Ultra’.”

About a week after the PGA event, the company tweeted a picture of two cans – one white and one blue – and asked social media users which color best matched “The Michelob Guy” can. Radetic himself preferred white.

Radetic definitely enjoyed the excitement of it all. He even created a Twitter account with the username @MichUltraGuy.

Viral moments like the one experienced by Radetic have become entertaining ways for beer companies to tap into the fun. Earlier this year, Minnesota Timberwolves guard Patrick Beverly was offered its own box by Bud Light after taking out a beer in the middle of a press conference.

Indian Navy’s MQ-9B drones seen in satellite imagery for the first time; Were praised after clashes with China in Ladakh