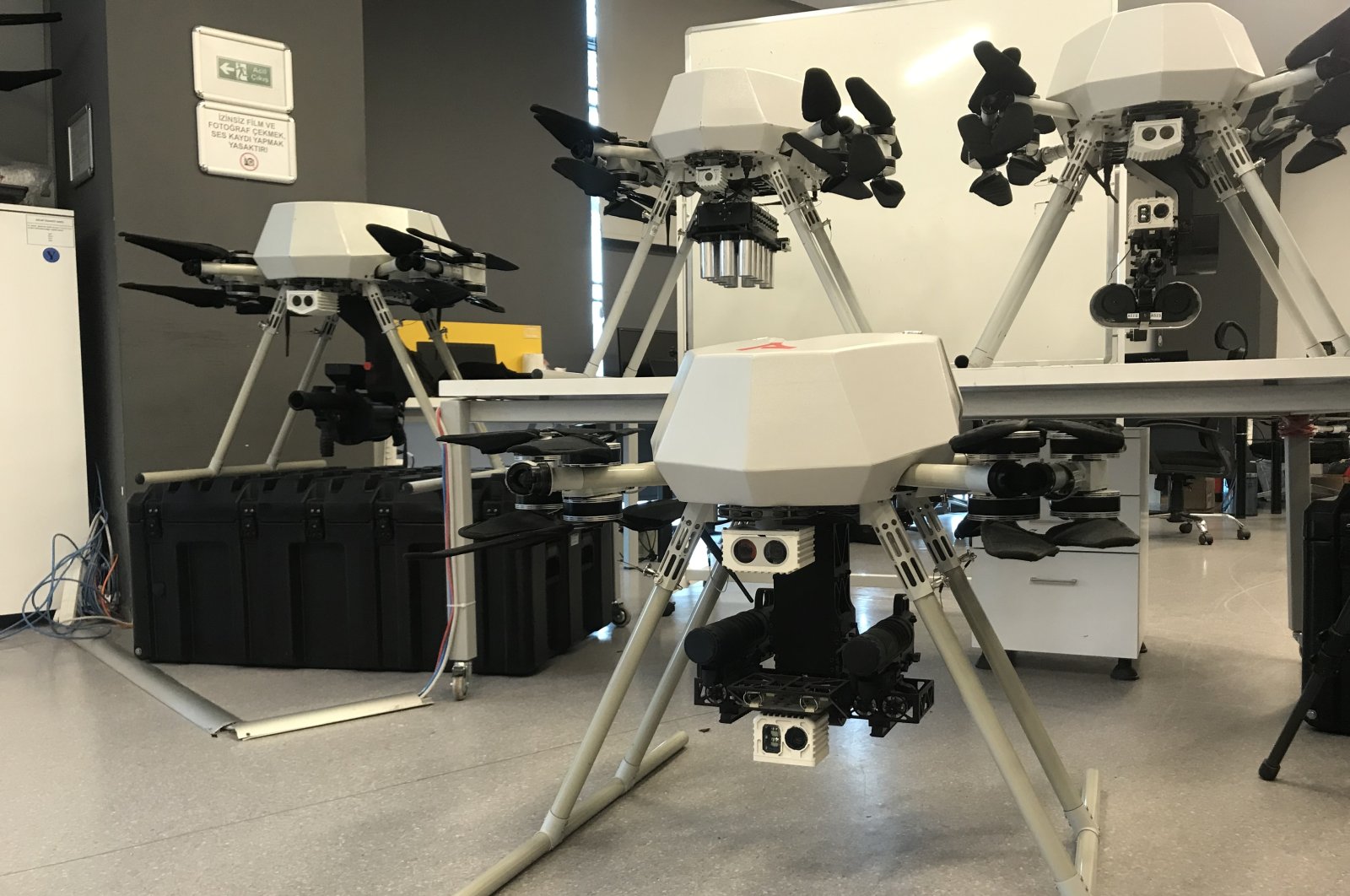 Songar, which entered the inventory of security forces as Turkey’s first armed drone, continues to be exported to several markets, according to the company developing the product.

Stating that the armed drone project started with a pencil drawing in 2018 and turned into a special product after two years of intense research and development (R&D) activity, Düzgün said, in accordance with the contract signed with the Presidency of Defense Industries (SSB) in December 2019, a total of eight Songars were delivered to the Gendarmerie, Special Forces, Ground Forces and Special Operations Units.

Talking about export-oriented projects, Düzgün said that with the developments in Turkey’s defense industry, competition has increased in the domestic market and it has become necessary to expand overseas.

He said Africa, Asia-Pacific and the Arabian Peninsula have become their first target regions where they can gain market share.

We made our first export to North America, said Düzgün, explaining that there is great interest from Africa and that they host a delegation from the continent every two weeks.

As a result, he said, they already signed a contract with an African country last week, the name of which was not disclosed by Düzgün.

He said they have also made sales to, again, an undisclosed country in Asia-Pacific, whose advance payment has already been received.

“We need to finish deliveries this year and we are ready for delivery.”

Speaking further on the Songar, Düzgün said the company has accumulated significant intellectual capital and that experience has been transferred to Songar, which has been incorporated into a variety of payloads.

He said, for example, that they integrated the MPT-55 from the arms manufacturer Sarsılmaz.

“We made Songar a 5.56mm NATO standard product with the weapons in its inventory. This means that we have the ability to integrate into countries that use 5.45mm weapons. Later, we also successfully integrated 40mm grenade launcher with Akdaş Silah, six-rocket launcher with Troy Teknoloji Defence, smoke bomb and Togan 81mm ammunition from TÜBİTAK SAGE,” he said. Explain.

Düzgün noted that by integrating different payloads into the drone, their goal is not to sell drones but to make a particular model more functional.

“Instead of making different drones for each payload, we wanted to decorate a drone with this very payload,” he said.

Stating that the product requested in Asia-Pacific is the superior version of Songar, Düzgün said that they will provide a product with night vision capabilities, capable of carrying 5.56mm weapons and meeting special demands from the military. ‘user.

“It will allow us to integrate new systems into Songar, gaining advantages in new markets,” he said.

Emphasizing that they want to participate in the “digital army” concept that Songar and the defense company Havelsan are working on in an environment where the use of autonomous systems on the battlefield is becoming widespread, Düzgün added: “We are working to structures that can perform multiple flights, coordinated flights, integrate artificial intelligence and fly with machine learning.We know that has to evolve, that technology is moving in that direction.

Keep up to date with what is happening in Turkey, in its region and in the world.