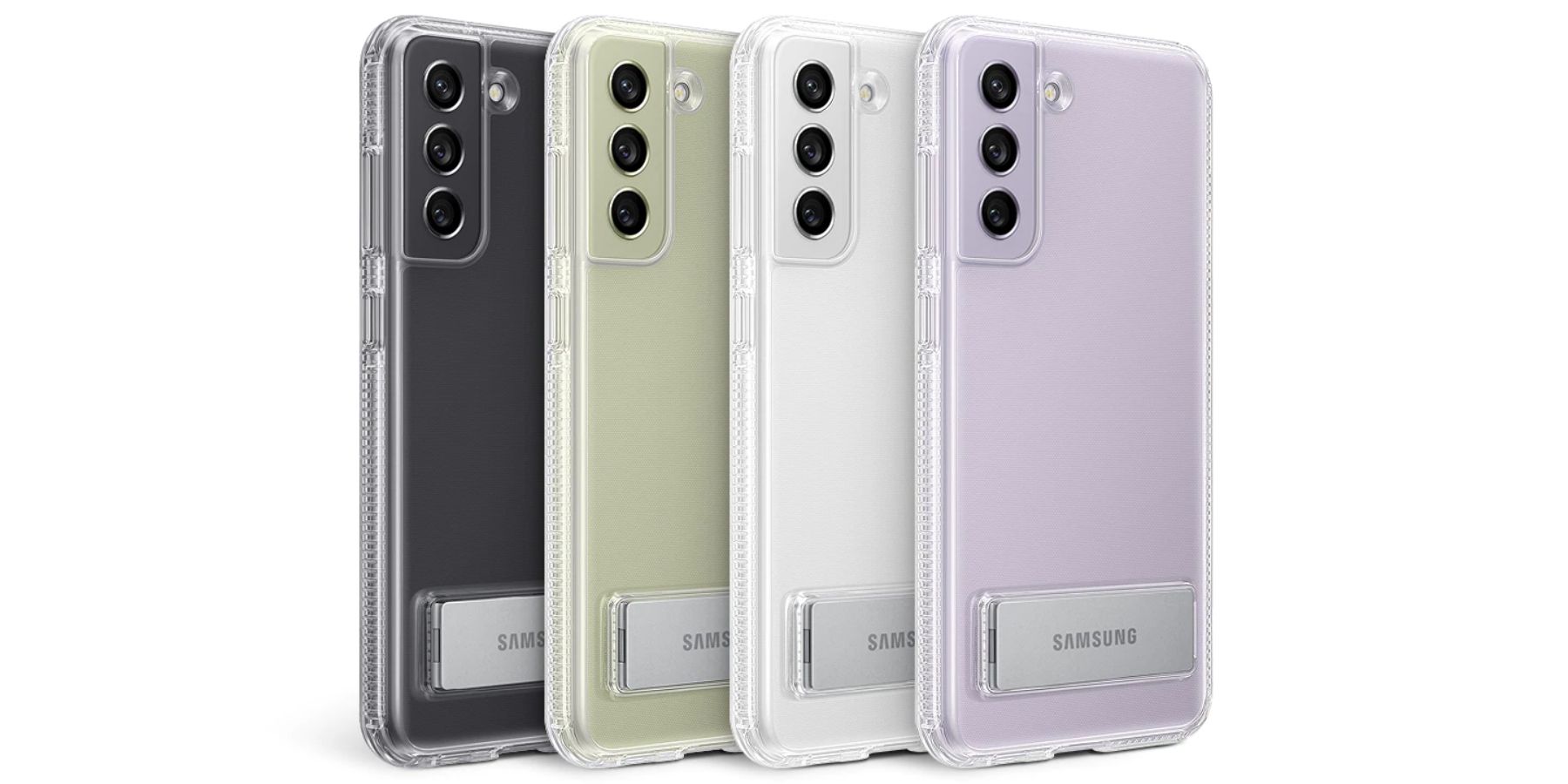 Tired of the leaks, Samsung itself reveals the next Galaxy S21 FE

Samsung’s official website has listed the official case options for its upcoming Galaxy S21 FE, showcasing it in a choice of four color options.

Samsung phones and leaks go hand in hand, and the company is apparently so tired that it listed case renders of the upcoming Galaxy S21 FE on its official website weeks before its official launch. The Galaxy S21 FE, aka Fan Edition, is one of the most anticipated phones in Samsung’s portfolio that picks up on the “budget flagship” torch of the well-received Galaxy S20 FE. Over the past few months, key specs, regulatory listings, and even alleged renderings of the phone have emerged online.

The Galaxy S21 FE will essentially debut as a watered-down iteration of the vanilla Galaxy S21, cutting a few corners to keep the asking price under control. The saga of the device has been quite tumultuous. Not that long ago, reports surfaced that the company was shutting down the phone due to the current semiconductor shortage and planning to focus more on its foldable phones. However, it looks like the project is alive and well, and Samsung has just confirmed that it’s not too far from an official start.

Samsung’s official store has listed protective accessories such as Premium Clear Cover, Clear Standing Rugged Cover and Silicone Cover for the Galaxy S21 FE. The case listings give a clear look at the basic Galaxy S21 FE design, which looks almost identical to the Galaxy S21 except for the latter’s two-tone design. The phone is shown in four colors, black, light green, light purple and white. According to a recent leak, the Galaxy S21 FE is reportedly priced at $ 699, which is the same asking price as its predecessor. The phone would go official in January and would be available in the United States and in many European and Asian markets.

What does the next Samsung Fan Edition phone have to offer?

According to leaks from reliable sourcesSamsung’s upcoming Fan Edition phone will feature a 6.5-inch Full-HD + OLED display that will refresh to 120Hz and sport a center-aligned perforation at the top. Qualcomm’s Snapdragon 888 SoC takes care of things under the hood, with 6GB of RAM and 128GB of onboard storage. Additionally, the triple-camera array on the rear includes a 12-megapixel main snapper, another 12-megapixel sensor for wide-angle photography, and an 8-megapixel telephoto lens.

However, some sources claim that the main rear camera relies on a 64-megapixel sensor. A 32-megapixel camera will handle tasks related to selfies and video calls. A 4,500mAh battery would provide the juice and support 15W fast charging. The set looks quite competitive for its asking price of $ 699, pitting the Samsung Galaxy S21 FE against Google Pixel 6 and iPhone 13 as two of its main rivals.

Next: Samsung’s Foldable Kind Of Tipped Its Camera-Focused Flagship In Testing

How Sony convinced Willem Dafoe to return in Spider-Man: No Way Home