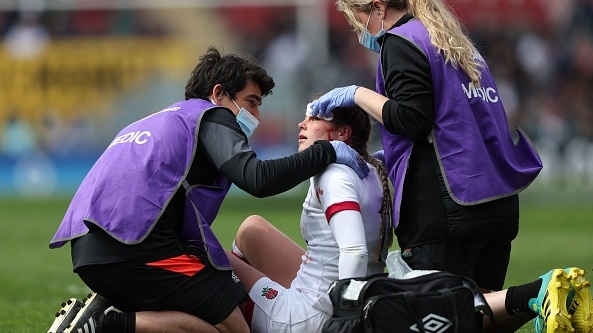 The pro game a safe place for amateurs? Did Dubs Ever Really Disappear?

Rugby faces a serious problem, particularly Irish rugby. The debate over professionalism in women’s football and how the lack of full-time contracts is hampering Ireland before they even step onto the pitch against a team as talented, well-trained and, well, professional, as England, continues to rage. What about the issue of player safety? Owen Doyle points out in his column today that it’s not safe to put amateurs on the same playing field as full-time pros. Utilizing both scrum and force running through a player’s spine, as well as the issue of high tackling, which threatens both sides but tends to be more prevalent in a team under cosh and therefore more unruly, it argues that aside from a results perspective, Troy’s relentless effort required to close the gap on the pitch creates unnecessary risks to player safety. In today’s other rugby column, Gerry Thornley says “going a long way” at the prospect of a “next gen” URC league which would hurt the recently rejuvenated AIL.

Are the Dubs back? Did they ever leave? Kevin McStay believes talent and ability have never gone away during their doomed league campaign: “Dublin have not become a useless team. This was known even as we watched them sink in the league. The question was whether they were still a motivated team. And at Wexford Park, in all fundamental aspects, they ticked the boxes. What we’ve seen is a team getting into championship shape with a daunting level of intent. In other GAA news, Louth’s manager mickey hart and Claire boss Brian Lohan have spoken publicly since about their respective fortunes in last weekend’s Championship action.