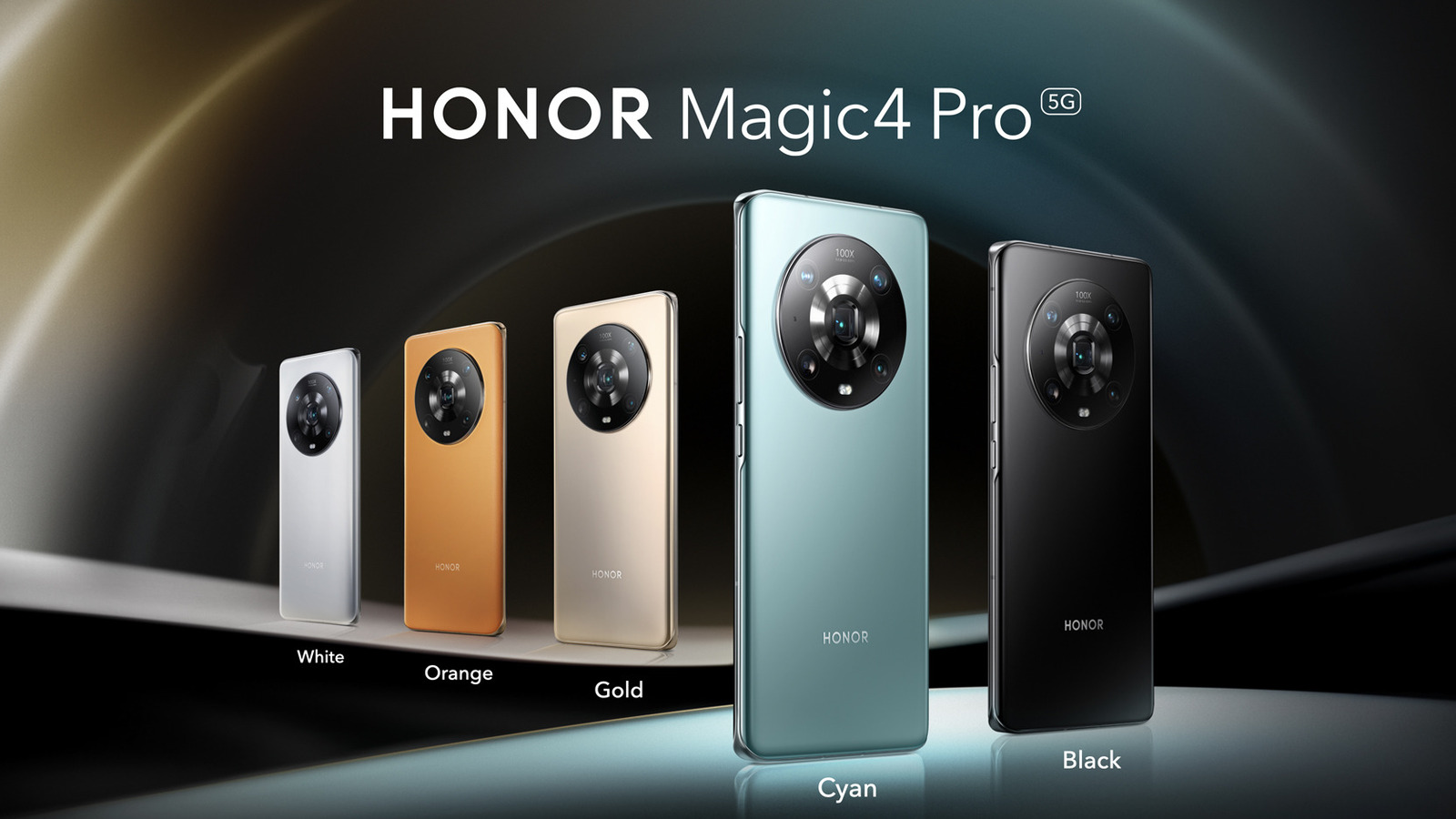 The Honor Magic 4 Pro wants the Galaxy S22 Plus crown

Promising to be more accessible – the Galaxy S22 to the Magic 4 Pro’s Galaxy S22+, so to speak – the Honor Magic 4 looks, at first glance, nearly identical. Contrary to Samsung’s strategy of different screen sizes, it also uses a 6.81-inch panel, although here it’s running at a lower resolution of 1224 x 2664. However, you still get up to 120Hz from adaptive refresh, HDR10+, 100% DCI-P3 coverage and 1000 nits peak brightness, plus 1920Hz PWM support.

The bezels around this screen are ever so slightly wider, though, and there’s only IP54 water and dust resistance. It’s slightly thinner (at 8.8mm) and lighter (at 199g) than the Magic 4 Pro, and you still get the dual 50-megapixel cameras on the rear. The zoom is an 8-megapixel 5x optical periscope telephoto lens, however, and it tops out at 50x digital zoom. Honor also uses a standard laser focus sensor, rather than the 8×8 dTOF sensor on the more expensive model.

The front has a single camera, with the 100-degree wide camera not getting a 3D depth sensor alongside. Nevertheless, there is still 5G, dual SIM, WiFi 6, Bluetooth 5.2 and USB Type-C, as well as stereo speakers. The Snapdragon 8 Gen 1 is paired with either 8GB or 12GB of memory, and there’s up to 512GB of storage. Interestingly, the Magic 4’s battery is actually larger, at 4,800mAh. The downside is that there’s no wireless charging and wired charging is limited to 66W (however, it’s worth noting that this is nonetheless faster than what Samsung’s Galaxy S22 series takes in charge).