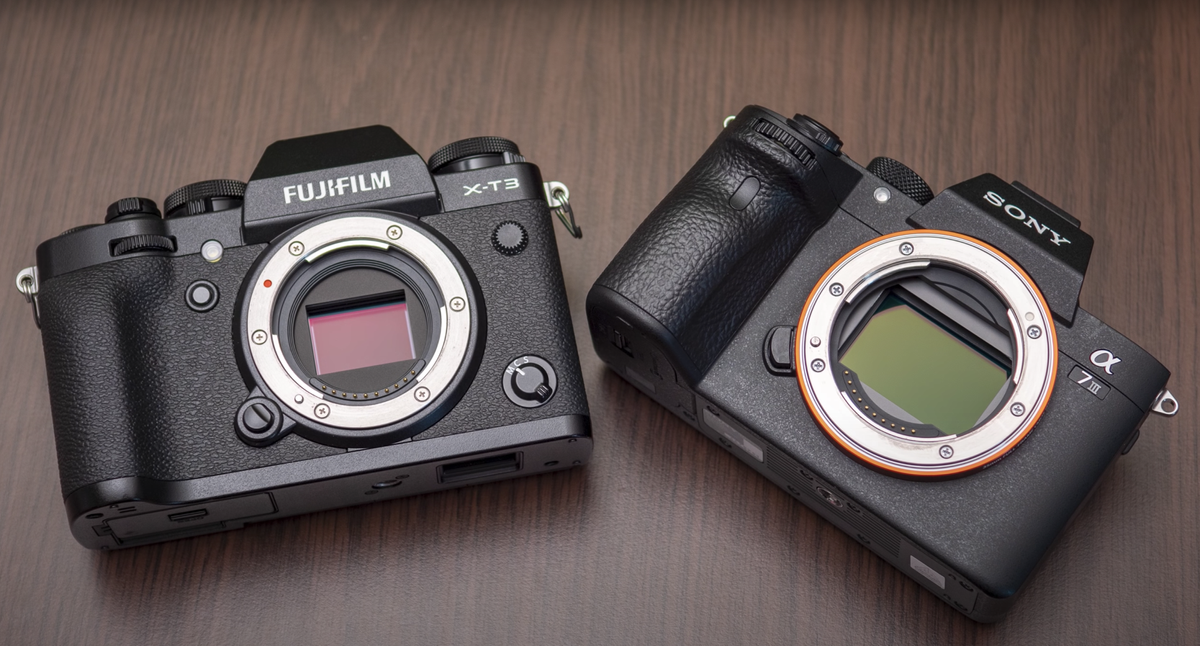 Choosing the right camera system for you is never easy. With so many options and each brand offering something slightly different, it can be a bit of a minefield. However, if you have been shooting with a particular system for years, choosing to switch to a new mount is even more difficult, especially when you already know and love the system you are using.

I recently traded in my entire Fujifilm kit and upgraded to a Sony A7 III. I absolutely loved my Fujifilm X-T3, but had been in a few situations where the low light capabilities just didn’t cut it. When I first started out in photography I used a Nikon D750 which was amazing in low light but the focus system kept failing me.

I wanted a camera that would give me the low light capabilities of my Nikon D750 but the fast focus system of the Fujifilm X-T3. Now when I say I spent months deliberating on which system to choose, I really mean it. I have made so many trips between the Sony A7 III and the Panasonic Lumix S5. Specs wise and for the money (it had a refund plus a trade-in bonus), the Panasonic S5 was probably the best camera, especially if you plan to shoot mostly video. However, I didn’t like how I felt in my hand and it was using contrast-detection AF rather than phase-detection AF, which can be slower.

In the end, I went for the Sony A7 III and didn’t look back. One of the other reasons I wanted to ditch the X-T3 was that while it had great video capabilities, it lacked in-body image stabilization. I didn’t own a gimbal and often found that some of the X-T3’s images were too fragile to use, especially if I wasn’t using a lens with optical image stabilization (OIS).

The Sony offered 5.5 stops of frame shift stabilization, which not only meant I could shoot smoother videos handheld, but I could also shoot at slower shutter speeds with less camera shake. the camera. Before the pandemic hit I shot a lot of concerts, festivals and events that often had ambient and colorful light, so being able to shoot at 1/60 meant I could keep my ISO low and my footage would be less. noisy.

The fact that the Sony A7 III is still so popular, despite its release in 2018, shows just how good a camera it is. However, the only area where it really goes down is the viewfinder resolution. This makes people’s skin tones gray and the picture appears noisier than on a computer screen. Another unfortunate downside is that the menu system is admittedly confusing at first, but after a few days with the camera system it became much easier to understand. In the end, these two aspects were not enough to dissuade me from making the purchase. Sony systems are also known to have incredible dynamic range. The Sony A7 III has 15 stops compared to 9.5 stops on the X-T3, which allowed me to expose images more accurately and recover more highlights and shadows in post-processing.

However, there are some things I miss about my X-T3 which is why I kept it for so long and reluctantly parted with it. I love the manual exposure dials on the top of the camera. Not only do you feel like you’re shooting with an analog camera, but they make exposure adjustments so quick and easy to do. I also loved the size of the X-T3. For some people the handle wasn’t big enough, but for my little hands it fit perfectly and I never felt like I was going to drop it.

I recently started taking a lot more product photographs and occasionally found that the depth of field I got with my X-T3 was not as exaggerated as I wanted it to be, even when taking photos with the Fujifilm XF 35mm f / 2.0 lens. I wanted to get that blurry, super-soft background and precise center focus, which is much easier to achieve when shooting with a full frame camera at the same aperture.

Overall, both are brilliant cameras and you’d be hard pressed to find flaws in either. I still have my Fujifilm X-T1, which I use often when traveling or for outdoor activities where it can be a bit more damaged and bruised. My main reason for the swap was the improved low-light capabilities and in-body stabilization, as both of these features allowed me to shoot in low-light environments without having too much noise in my frame. Even shooting up to ISO 12,800 on my Sony, I can still shoot decent footage which, with a bit of noise reduction, is completely usable for the web and social media.

I’m very glad I made the switch, but I would still recommend Fujifilm cameras over any other brand to someone who wants an APS-C body. For me though, the Sony A7 III is the perfect all-rounder – it’s great in low light, you can shoot high-quality video, and eye tracking / detection makes it even easier to take portraits.

Lunar Eclipse lives up to the hype, clear skies give Chicagoans an eye | Chicago News