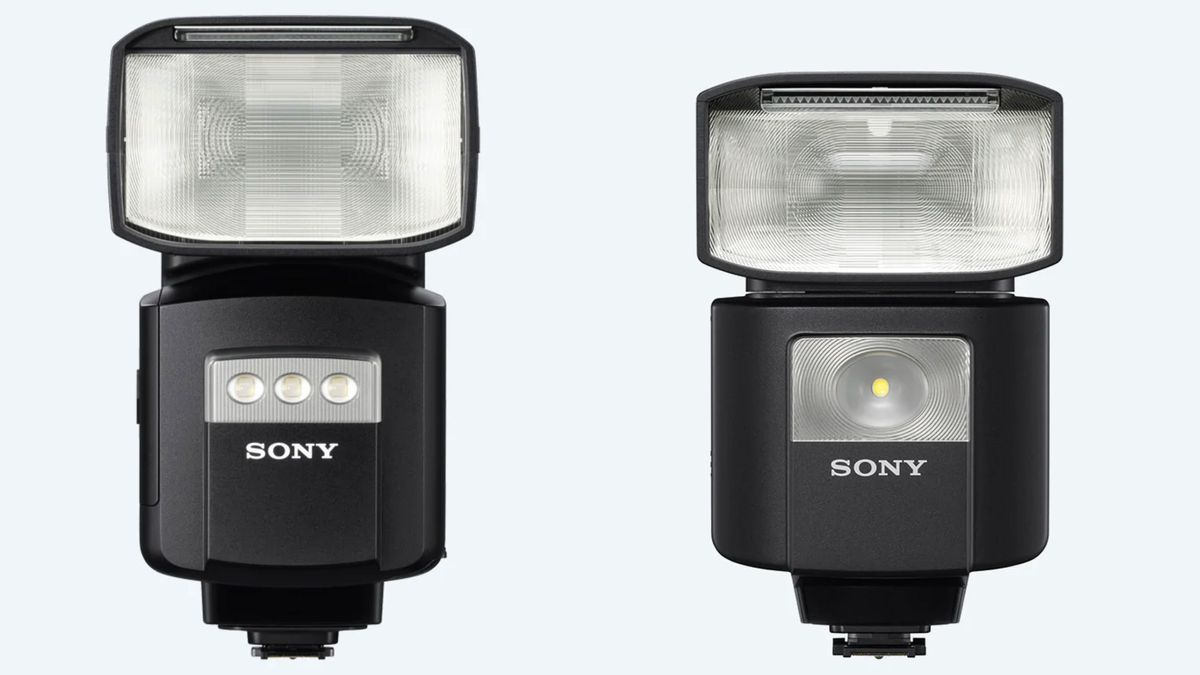 Along with the launch of the Sony A7 IV, Sony released two new flashes for enthusiasts and professional photographers who need flexible lighting control, wireless triggering, and consistent touch performance.

The Sony HVL-F60RM2 and HVL-F46RM follow on from the previous F60RM and F45RM models and are designed for image quality and consistency, speed and durability.

They feature “intelligent” communication between the camera and the flash with face detection and automatic white balance control with compatible cameras.

Sony’s wireless flash system also includes an FA-WRC1M controller and FA-WRR1 receiver units for flashes that do not have wireless capability, and supports flash distances up to 30m, even in direct sunlight and with obstacles in between. Up to 15 flashes can be assigned to up to 5 groups.

Sony has also redesigned its shoe mount to provide better weather resistance, thanks to a new sturdy side frame and shoe sealing.

Main features of the Sony HVL-F60RM2

The Sony HVL-F60RM2, an update to the existing F60RM, is a professional radio-controlled flash with a guide number of 60 and a zoom head offering a focal range of 20-200mm, which extends to 14mm with the wide panel provided. (The guide number is certainly a moot point, given that it is indicated for the maximum zoom setting of 200mm of the HVL-F60RM2.)

The HVL-F60RM2 offers high-speed continuous flash shooting with the Sony A1, with up to 200 consecutive flashes at a frame rate of 10 fps. Thanks to the camera’s electronic shutter, it can deliver 20 flashes per second for over one second, or over 10 seconds using the optional FA-EBA1 external flash battery.

The HVL-F60RM2 also has a Quick Shift Bounce function to quickly switch between horizontal and vertical orientation. “TTL memory”, an input / output synchronization terminal for measuring and triggering the flash, and comes with a mini-holder, a case, green and amber color filters and a connector protection cap

It should be available now (mid-October, to be confirmed) at a price of 650 euros.

Main features of the Sony HVL-F45RM

The Sony HVL-F46RM is a slightly smaller flash and an update to the existing HVL-F45RM. It has a zoom range of 24-105mm and 15mm with the optional wide panel, and a guide number of 46.

As with the HVL-F60RM2, this is the maximum flash zoom setting, in this case 105mm. Because of how Sony cited these numbers, the two new flashes may turn out to have very similar output at the same zoom settings.

Like the HVL-F60RM2, the HVL-F46RM supports continuous flash at 10 fps, this time for up to 60 consecutive flashes. The battery life is 320 flashes, which is 50 more than the previous model, although the recycle time is the same at 2 seconds.

The HVL-F60RM2, HVL-F46RM both have improved operating algorithms to give what Sony says is 1.7 times higher overheat resistance than before.

The Sony HVL-F46RM comes with a mini stand, case and connector protection cap. It should be available from mid-October at a price of 430 euros.