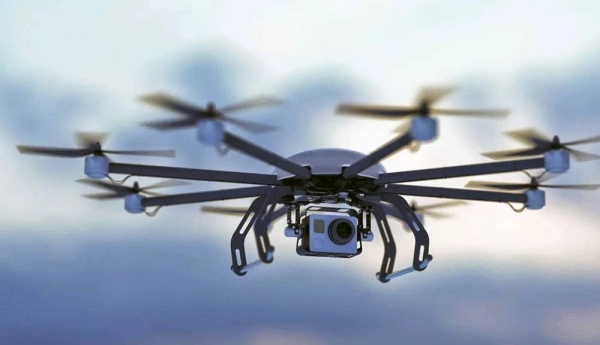 NEW DELHI- The new buzzword in the Indian tech space is the drone. It has captured the imagination of young people, business people and policy makers. From wedding photo shoots to border surveillance, the usefulness of drones is multifaceted.

India is constantly updating and improving its drone policy to meet the needs of various sectors, while keeping national security and privacy in mind.

“The new drone rules will help start-ups and our young people working in this sector enormously. It will open new opportunities for innovation and business.

“This will help leverage India’s strengths in innovation, technology and engineering to make India a hub for drones,” Prime Minister Narendra Modi said in a tweet earlier.

Drones are unmanned aerial vehicles (UAVs). To make the usage and needs of different types of drones clear to everyone, India has created five categories of drones: nano, micro, small, medium and large.

Although most drone piloting rules relate to larger drones, there is also a cap for nano drones. In India, nano drones can be operated within 50 feet and permission is required to fly them in restricted airspace like airports and the like.

Drones have become very useful even during times of COVID. It has helped monitor COVID-19 hotspots and containment areas in real time to ensure strict adherence to lockdown guidelines.

The Government of India announced “Drone Shakti” in the 2022 budget. Finance Minister Nirmala Sitharaman explained that the initiative will also contribute to the establishment of Drones-As-A-Service.

In September 2021, the Cabinet also authorized the Production Linked Incentives (PLI) program which will provide incentives of up to 20% to drone manufacturers and drone components on the added value they provide.

As part of the new drone rules, the government has improved drone coverage from 300kg to 500kg. It would also reduce licensing fees to operate drones.

The government is considering relaxing the rules for owning and operating civilian drones in India. However, the government has banned the import of drones into India.

The Civil Aviation Ministry said those flying drones over 2kg or for commercial purposes are no longer required to obtain a “remote pilot license” to operate legally. Now they would only need a remote pilot certificate.

One can now obtain a “remote pilot certificate” from the DGCA approved drone training institute after successfully completing the course which would make them eligible to fly micro drones for commercial purposes.

All UAVs will need to be registered and provided with a Unique Identification Number (UIN) before they can be operated.

According to a PwC report “Data on Wings – A close look at drones in India”, the drone space in India is catching up with other countries and gaining tremendous momentum.

According to 6Wresearch, the Indian drone market is poised to grow at a CAGR of 18% during the period 2017-23 in terms of revenue. While these numbers will continue to be dominated by the long-range drone segment, medium and mini drones are also poised for healthy growth.

In India, there are six segments in which drone-based applications are explored. Like agriculture, insurance, energy and utilities, media and entertainment, infrastructure and mining.

Of these, infrastructure and agriculture are the most successful, in line with global trends.

According to a report by The Print, global market intelligence and advisory firm BIS Research said the global drone market, which is currently dominated by the United States, China and Israel, will hit $28.47 billion. this year and India will account for about 4.25% of that amount.

According to a report by FICCI, in collaboration with EY, in the Unmanned Aircraft System (UAS) market, the adoption of UAS is increasing in India and it is expected that the industry and market value will be increased. approximately $885.7 million.

He gave an example, an autonomous agency of the Government of India, responsible for the management of a network of national highways, used the use of drones for 3D digital mapping for the detailed project report (DPR) for the widening of the Rae Bareli – Allahabad Highway.

The data collected is used for the calculation of compensation for citizens with property rights along the highway.