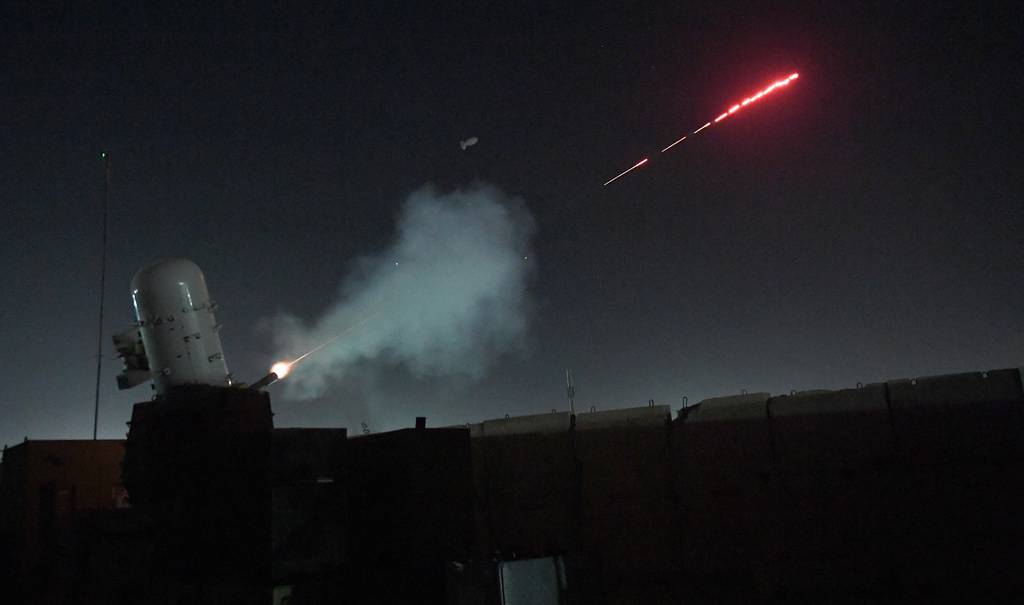 Moscow is using its remaining cruise missiles and recently acquired Iranian drones to destroy infrastructure such as electrical substations, increase political pressure on Kyiv and break the will of the Ukrainian people to resist the unprovoked Russian invasion.

The United States sends the National Advanced Surface-to-Air Missile System (NASAMS) to help Ukraine deal with the threat of cruise missiles, but these systems are not perfectly suited to deal with Russian attacks using drones supplied by Iran. To address the drone threat and protect the NASAMS once they arrive, Washington should expedite the delivery of VAMPIRE (Vehicle-Agnostic Modular Palletized ISR Rocket Equipment) systems and send Counter-Rocket, Artillery and Mortar (C-RAM) systems as a temporary solution.

The NASAMS, jointly developed by Raytheon and Kongsberg Defense and Aerospace of Norway, consists of an AN/MPQ-64 Sentinel radar, AIM-120 Advanced Medium-Range Air-to-Air Missiles (AMRAAM), a command center and a launcher. The first two NASAMS are now in the hands of the US government and Ukrainian troops are being trained in the use of the system. The two firing units are expected to arrive in Ukraine in the coming weeks. Another six units are expected to arrive in Ukraine next year (probably much later next year).

NASAMS provides a strong cruise missile defense capability (it helps protect Washington, DC against cruise missiles), but the system may struggle to counter Iranian Shahed-136 drones. This is due to the Iranian drones’ difficult combination of slow speed, low flight profile, limited radar section and ability to attack in swarms from multiple directions. These abilities could allow a group of Shaheds to overwhelm a single NASAMS. Even if the NASAMS was more effective against Iranian drones, it should be noted that the cost per AMRAAM of the NASAMS shots significantly exceeds the cost of one Shahed-136 drone (over 30 to 1).

So the Ukrainians need an inexpensive – and fast – counter-drone capability. Such a system could better protect key infrastructure and the NASAMS themselves. In fact, Ukrainian planners should plan to place counter-drone systems close to NASAMS firing units to avoid the disaster of a cheap Shahed drone destroying a newly arrived NASAMS due to insufficient protection. This is a technique that the United States has employed in the Middle East to protect its Patriot air and missile defense systems there.

The more than 1,400 Stinger anti-aircraft systems the United States has already provided may help, but we should expect to see more Iranian drones in use in Ukraine. For this reason, Washington should seek to send additional counter-drone capability to Kyiv.

The United States has two effective candidates, one in development and the other already in the field. Washington should send the two to Ukraine as soon as possible.

The VAMPIRE system consists of an electro-optical and infrared sensor ball (to detect the drone), a laser designator (to track the drone) and a four-shot 70mm short-range rocket launcher (to engage the drone) – all loaded into the back of a van. It is inexpensive at around $27,000 per round.

The problem with the VAMPIRE system is that a contract has not yet been awarded and is unlikely to arrive in Ukraine before May 2023, according to Pentagon press secretary Brig. General Pat Ryder. Meanwhile, Shahed-136 attacks continue and Ukraine needs additional help to immediately counter Iranian drones.

Congress would be wise to ask about the delays in finalizing the contract and what can be done to expedite the delivery of the VAMPIRE. In a moment, Congress should confirm that the maximum possible quantities are produced and sent.

In the meantime, the US Army’s C-RAM system can help. It is a derivative of the US Navy’s Phalanx close-in weapons system which is used to protect US Navy ships against cruise missiles and other threats. Over the past forty years, the Navy has purchased and used many of these systems. The military has purchased a total of 53 C-RAM systems by April 2022, primarily to protect US bases in the Middle East.

The system consists of a 20mm Gatling gun, integrated infrared and radar search and tracking systems, and electrical generators, all mounted on a trailer. Similar to VAMPIRE, its cost per engagement is a fraction of that of NASAMS. US Army C-RAM systems engaged and destroyed hundreds of enemy rockets and mortars in Iraq and Afghanistan and apparently shot down two incoming drones in Baghdad in January this year.

As Washington reduced its force structure in the Middle East, it was decided to halt C-RAM production. The military, however, can immediately supply 3 or 4 of its current C-RAM systems to Ukraine to help Kyiv deal with the drone threat until the VAMPIRE systems arrive. The military will need to procure more anti-drone systems to replace those sent to Ukraine and bolster existing US vulnerabilities, in an effort to ensure that US Central Command has sufficient systems in place to protect US troops when the next escalation will come from Tehran and its terror. proxies.

As the Kremlin steps up its Iranian cruise missile and drone attacks on the people of Ukraine, Americans can do more than just condemn the attacks. In addition to ensuring that Ukraine receives the full NASAMS allocation as soon as possible, the United States should also send the C-RAMS and VAMPIRE systems without delay. Together they can save Ukrainian lives and ultimately help defeat the unprovoked invasion of the Kremlin.

Ryan Brobst, research analyst at FDD, contributed to this article.

This article is an Op-Ed and the opinions expressed are those of the authors. If you would like to respond or would like to submit your own editorial, please email Cary O’Reilly, C4ISRNET Senior Editor.