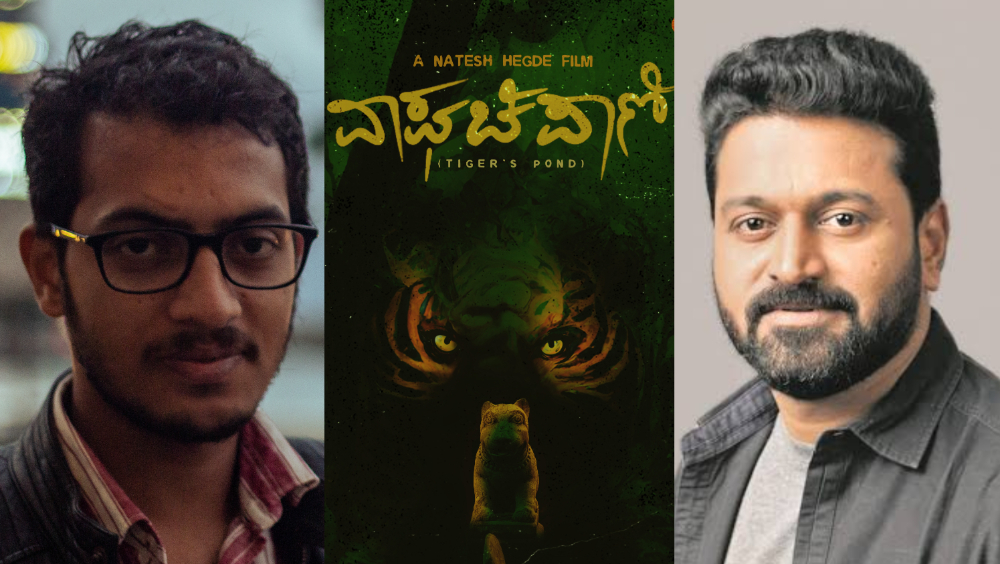 Director Natesh Hegde and producer Rishab Shetty, whose “Pedro” was in New Currents competition at the 2021 Busan International Film Festival, are at the Asian Project Market this year with “Vaghachipani” (“Tiger′s Pond”).

“Pedro” won Best Director for Hegde at Pingyao, Best Film at the Festival des Trois Continents in Nantes, and had a stellar festival run, including the BFI London Film Festival, Golden Horse and IndieLisboa.

Set in a sleepy hamlet, “L’Étang du Tigre” will follow a minor shepherdess who is discovered to be pregnant. His employer, who wants to become president of the village council, does everything to hide it.

“Since my childhood, I have seen people with intellectual disabilities come out of nowhere to our small town. They used to stay in bus stops or other sheds and after a few months they disappear again. I always wondered what they felt or lived in that state,” Hegde said. Variety. “I read a short story by Kannada writer Amaresh Nugadoni and I liked it. It was a mentally handicapped girl from a village in northern Karnataka. He has stayed with me for the past three years. I added a lot more to this keeping the spirit of the story intact.

“This story is about basic human nature, it’s about greed and brutality – so I really want to make this movie. I can’t tell a story by neglecting social dynamics,” adds Hegde.” He can also be seen as a companion to ‘Pedro.’ Both stories have a quality of interiority.

Hegde grew up in a rural part of the southern Indian state of Karnataka, home to the Kannada-language film industry, and he remains based there. With “Pedro” and now with “Tiger’s Pond”, he establishes himself as a chronicler of rural India. “I only know that life, so organically that it’s reflected in my films,” says Hedge.

“Pedro” and “Tiger’s Pond” are produced by actor-writer-producer-director Rishab Shetty, a major Kannada movie star whose credits include “Kirik Party” and “Kantara”, which is currently in release.

“’Pedro’ and ‘Tiger’s Pond both had a haunting story which is the starting point for me. Although we both practice different films, Natesh and I have always believed that all films should coexist. To a certain extent, my visibility adds to the film to increase the potential audience. More than that, I love being associated with meaningful movies in any way I can,” Shetty said. Variety.

“’Tiger’s Pond’ is very rooted in the region where it takes place, the location plays a crucial role. It has very fascinating characters whose lives are intertwined in a very dramatic way. I’m very curious to see how this world takes shape,” adds Shetty.

The project, which aims to begin principal photography this winter, has $280,000 of its $520,000 budget in place. The quest in Busan is to find international co-producers and sales agents and use the worldwide fame that “Pedro” has generated.

Meanwhile, Hegde made the aesthetic choice to shoot “Tiger’s Pond” in 16mm rather than digital.

“It’s true that digital cameras have democratized the cinema medium. But I really don’t like sharp, flashy digital images very much,” says Hegde. “Also, I would like to practice cinema with precision. The overall footage for ‘Pedro’ was five hours from which we got a 1 hour 49 minute film, so with this shooting report, film stock won’t be that expensive. The texture that 16mm gives is crucial for us.