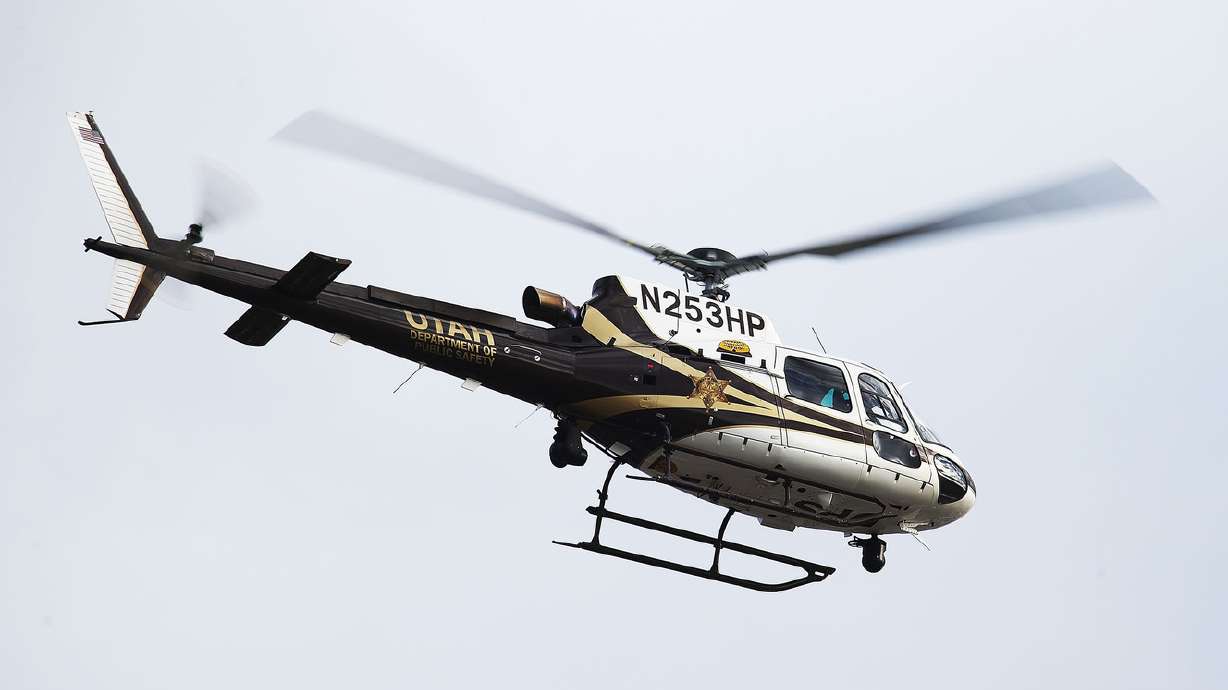 Police have arrested a man suspected of driving a stolen vehicle overnight in Taylorsville after they say he fled from officers then crashed into a parked car prompting a search with drones and the helicopter from the Ministry of Public Security. (Scott G Winterton, Deseret News)

TAYLORSVILLE — Police say they arrested a man suspected of driving a stolen vehicle overnight in Taylorsville after he fled officers and then crashed into a parked car, prompting a search with drones and a helicopter.

Late Tuesday, detectives were patrolling when they spotted a stolen vehicle on the road. Officers tried to follow the vehicle silently, but the driver decided to drive away “without provocation,” Taylorsville Police Sgt. Kresdon Bennett. Police began pursuing the vehicle and it drove to Murray and then Taylorsville.

“During the chase, the vehicle drifted to the right on a two-way road and collided with an unoccupied vehicle,” according to a police affidavit.

The driver then fled into a backyard, the affidavit states. Police used drones and the Public Safety Department helicopter to track him down, Bennett said, and he was eventually “shot” by K-9 police dogs in the area of ​​4375 S. 1200 West, near from Meadowbrook Golf Course.

“(Trujillo) tried to resist the police as they tried to take him into custody,” according to the affidavit.

Trujillo has a significant history with the police, Bennett said.

He urged people not to leave a running car unattended and asked people to invest in theft deterrents.

“It’s becoming far, far too common. We see it even more frequently. Over the course of my 18 years, it just increased more and more,” Bennett said of vehicle theft.

Court records show Trujillo has already faced several felony charges in Utah since 2000. Among the most recent, he was charged in July with violating a pretrial protective order by calling and sending letters to an ex-girlfriend, whom he is accused of having abused, when he was in prison. He has pleaded not guilty to the charges related to that case.

Most recent articles on the police and the courts

Ashley Imlay covers state politics and breaking news for KSL.com. A lifelong Utahn, Ashley also worked as a reporter for the Deseret News and is a graduate of Dixie State University.

Himax Technologies, Inc. at At