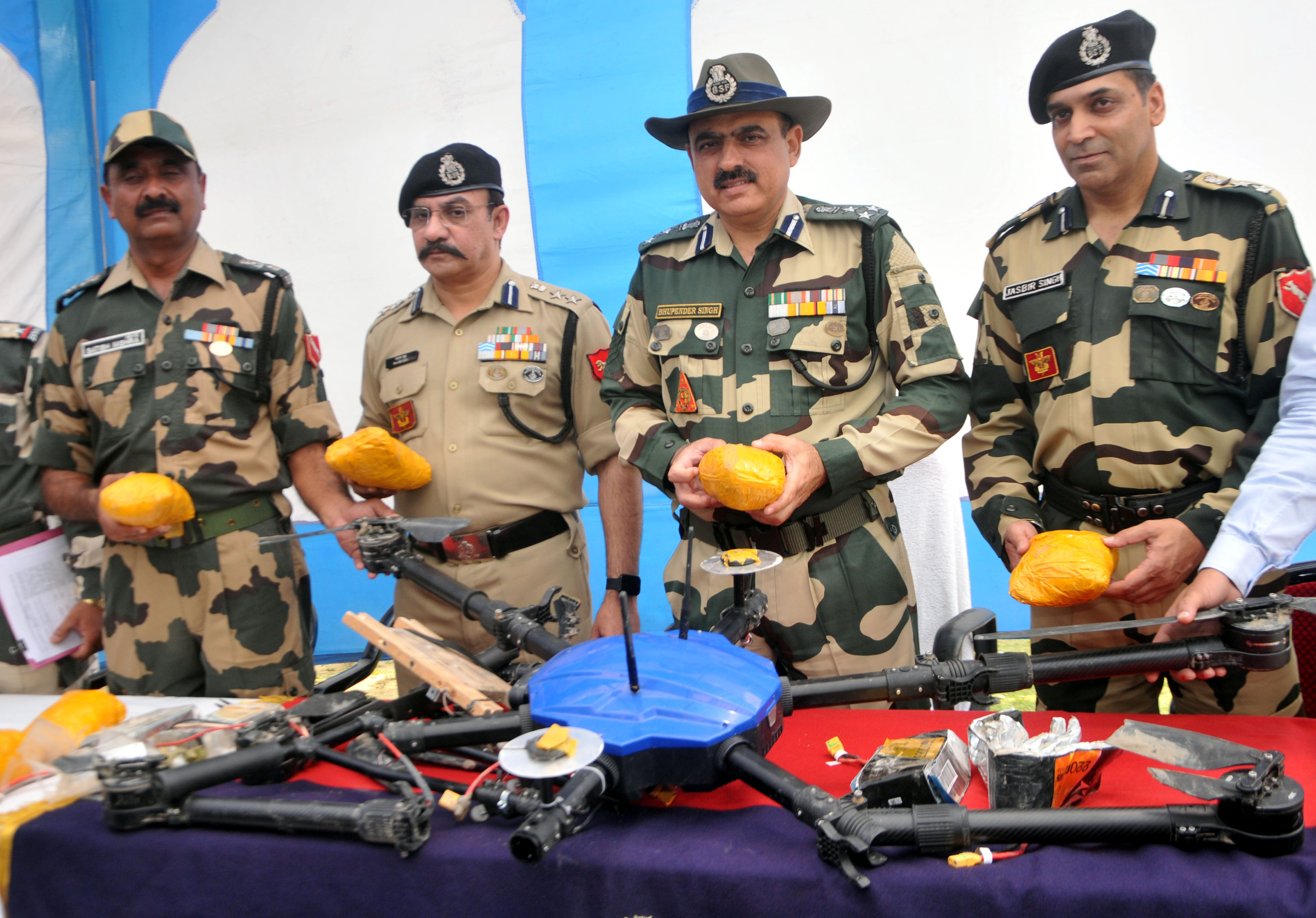 The Border Security Force (BSF) shot down a Pakistani drone, carrying nine packages containing 10,670 kg of suspected heroin, along the international border in the Amritsar area late at night. The BSF lodged a protest with the Pakistani Rangers in this regard.

It is learned that BSF personnel deployed in Amritsar AOR (Area of ​​Responsibility) outpost heard the buzz of a suspicious object flying at an altitude of 300 meters at approximately 23:15 near Bharopal village gurdwara in Amritsar.

BSF DIG Bhupinder Singh said the drone penetrated at least 1 km into Indian territory when troops spotted it. Nine shots were fired before he was shot.

He said: “During the search, a hexacopter (drone) and a black bag wrapped in yellow tape were found in the fields. The hexacopter’s three-wing rods were found damaged. There was a hold-and-release mechanism, and the consignment was suspended with this mechanism through an iron ring.

“Although we have shot down four drones in the recent past, this is the first time we have recovered both the drone and the contraband. An investigation is underway to unravel those behind the plot and identify the intended location. where he was supposed to deliver the shipment.

No arrests had been made so far. “During a flag meeting with the Pakistan Rangers, we protested that this drone entered our side from their jurisdiction,” he said. The area was cordoned off and the Air Force station authorities informed. The BSF in collaboration with the police carried out a search in the area where the drone was spotted.

Of the 12 drug lockout recoveries made near the fence by the BSF in April-May, today’s was the largest. Meanwhile, BSF troops on a routine patrol outside the fence in the Attari area found three contraband packages, suspected of being heroin, from the fields.