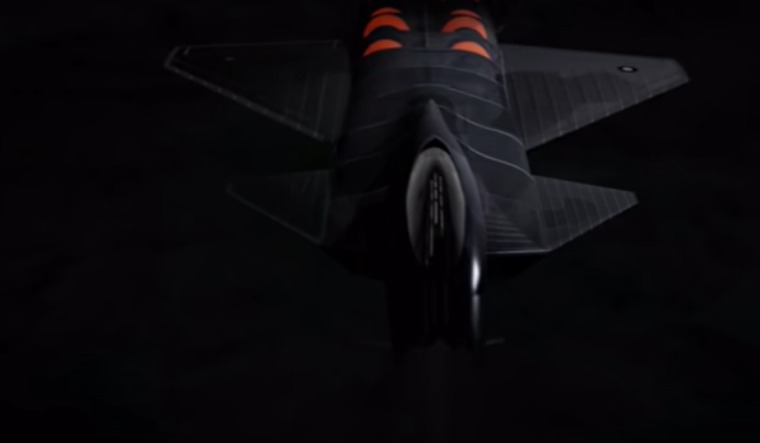 To mark his induction, the Pakistan Air Force released a song chronicling the evolution of the force over the decades. The song, Hum Arze Pak Key Hawaii Fauj K Uqaab, was shared on Pakistani Air Force social media on Friday. The video shows the J-10C, fighters such as the JF-17 in production (also designed in China) and the older F-16 built in the United States and other equipment operated by the Air Force Pakistani.

Interestingly, the video also gives insight into the Pakistan Air Force’s plans to acquire new armed drones from Turkey and China. US Defense website The reader noted that the Pakistani Air Force appeared to have used archival footage of the drones, suggesting they are not yet in service.

One of the presented drones is the TB2 Bayraktar, manufactured by the Turkish company Baykar. The TB2 Bayraktar has been in the news for three weeks: Ukraine used its TB2 drones to attack Russian vehicles and air defense systems. Baykar says 16 countries, including Ukraine and Poland, have ordered the TB2.

The TB2 saw action in multiple conflicts, including the civil wars in Libya and Syria and the Azerbaijan-Armenia war of 2020. In all of these conflicts, the TB2 was reportedly successful in attacking Russian air defense systems such as the famous Pantsir.

Pakistan has been considered for years as a possible buyer of TB2. In January this year, the UK outlet Shephard Media claimed that Pakistan had taken delivery of a first batch of TB2 drones in “mid-2021” and the type was due to be officially unveiled in March.

Another Turkish drone shown in the Pakistan Air Force video was the Baykar Akinci, considered Turkey’s most advanced drone to date. While the TB2 has a maximum takeoff weight of just 650 kg, the twin-engine Akinci can take off at a weight of over 5 tonnes. This allows it to stay in the air much longer than the TB2 and carry a payload of around 1,300 kg consisting of sensors and weapons. The Akinci is capable of carrying larger weapons than the TB2, which relies on light anti-tank missiles and precision-guided bombs. The Akinci was first delivered to the Turkish military in August 2021. The takeoff weight, payload and endurance of the Akinci are comparable to those of the American-built MQ-9A Reaper, which the India was looking to buy.

The third drone presented by the Pakistan Air Force was the Chinese-made Wing Loong II. In 2018, reports indicated that Pakistan had signed an agreement with China to purchase 48 Wing Loong II drones, with the deal involving joint production. The Wing Loong II is believed to have a takeoff weight of over 4,000 kg. In 2021, media reported that a Wing Loong II was spotted at Mianwali Air Base in Pakistan. Like the Akinci and TB2, the Wing Loong II can be used in reconnaissance roles or attack missions using missiles and bombs.

The Pakistan Air Force also showed a computer-generated image of what appeared to be a twin-engine stealth fighter. The use of a twin-engine design is notable as Pakistan relied for decades on lighter single-engine fighters such as the French Mirage-III/V, the Chinese J-7 and later the F-16, the JF-17. and J-10C. The design shown in the Pakistan Air Force video featured canards, which are small control surfaces in front of the wings. Interestingly, the Chinese J-20 stealth fighter uses ducks.

Last week, a Pakistani minister claimed that the country would receive a variant of the J-20!

Seesaw, putt-putt and other games at NBC’s Peacock Playground at SXSW