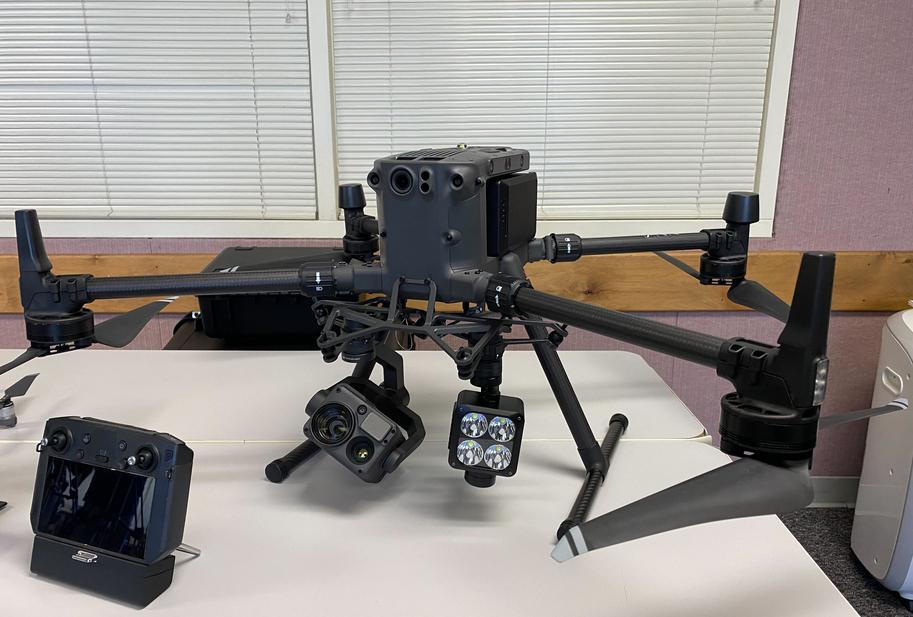 The Oakland Police Department has a new fleet of high-tech law enforcement drones thanks to an $80,000 grant from community organizations, officials said Monday.

The purchase of the drones, equipped with thermal cameras, searchlights and speakers, marks the culmination of a four-year effort by Oakland police to implement its first drone program, and was a “a step forward” in the department’s efforts to improve public safety in the city, Chief LeRonne Armstrong said.

Armstrong sought to avoid potential privacy issues by emphasizing that the drones would be used in a limited number of situations.

Leaders of the Oakland Chinatown Improvement Council and California Waste Solutions, which funded the grant, touted the drone program as a new resource the police department can use in a limited way to keep the community safe.

Until now, Armstrong said, Oakland police have depended on other law enforcement agencies for their drones.

“We wanted to do something for our community, for our city,” said California Waste Solutions CEO David Duong. “We want to be part of the help.”

The use of the drones has been approved by the Oakland City Council, the city’s Privacy Advisory Commission and the Oakland Police Commission, Armstrong said. The drones will not be used for general surveillance, he said, but for high-risk situations or circumstances in which a bird’s-eye view would be useful, such as search and rescue missions, searches for missing or wanted persons, confrontations with barricaded suspects and as a tool to help with de-escalation, Armstrong said.

Council member Sheng Thao said the drones will be used in a “very narrow range” and will be useful in the event of forest fires or earthquakes, allowing police to keep a close watch on people. conditions and to search for possible victims.

The police department hasn’t requested additional funding for drone maintenance and can use its budget and grants to purchase more drone batteries since each only lasts 30 minutes, Armstrong said. Drones will not replace helicopters because they serve different purposes and have different capabilities, he said.

“We want to make sure our community knows this is really a tool to augment the efforts we’re already making to make Oakland a safer city,” Armstrong said.

The drone program would not use artificial intelligence or facial recognition technology, Armstrong said. Drones can be used at side events, but not for surveillance at protests, although protests can be “reviewed with the Privacy Commission”, he said.

The team of officers who will fly the drones was formed by the Federal Aviation Administration, which participated in the development of the drone policy approved by the Oakland Privacy Commission, Armstrong said. .

The police department currently has three drones and plans to expand the fleet to eight. The ministry presented two different models to reporters on Monday: a small one that costs around $8,000 and a larger one that costs around $40,000. The Alameda County Sheriff’s Office uses the same models, officials said.