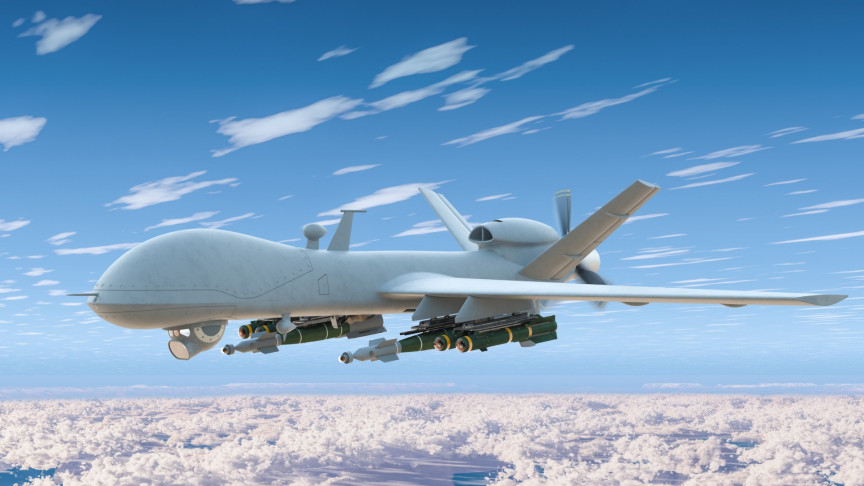 General Atomics, based in Poway, Calif., Is currently testing the prototype of a drone with firepower unmatched by any other drone currently in use by the U.S. military, according to a report from Breaking Defense. Officially, the company declined to comment on the report.

Drones quickly shifted from their reconnaissance role to real engagement with opposing forces. The U.S. military has used a large number as well as a variety of drones in its operations over the past decade and has worked with its industrial partners to develop its vision for drones and their capabilities.

Developing a drone without any clear vision for its adoption by the military is probably a high-risk strategy, but General Atomics seems to have a simple plan. Deliver more firepower than any drone before and there is a demand in the market.

The report claims the new drone can carry up to 16 Hellfire missiles in a single flight. Most drones currently in use use Hellfire air-to-surface missiles. However, the number 16 represents four times the firepower that the MQ-9 Reaper can carry. The MQ-9 Reaper, also manufactured by General Atomics, of which nearly 200 were built, has a range of over 1,850 km (1,000 miles) and is also in use by Homeland Security and other countries across the world.

The design of the new drone, however, comes from the MQ-1C Gray Eagle which sacrifices altitude capability to deliver long endurance. The Gray Eagle can carry up to eight air-to-air Stinger missiles, and with the US Air Force looking to replace some drones for lack of aerial combat capabilities, General Atomics’ new drone could fit right in.

Packing more firepower also has its drawbacks. With each Hellfire weighing 100 pounds (45 kg), carrying 16 is almost half its own weight for any adaptation of the Gray Eagle. The current Gray Eagle has a payload capacity of just 800 pounds (360 kg), so doubling its payload capacity is likely to have an effect on its endurance while also reducing its payload carrying capabilities for other missions or cooling systems for its sensors. .

Although the report does not provide any details on the engine of this drone, it does claim that the drone has larger wings. This could indicate that the engine is unlikely to experience a major upgrade. The automated landing and take-off feature mentioned in the report is likely an attempt to reduce the decision burden on the UAV pilot.

The drone would need less than 800 feet (244 m) to take off and land, meaning it could also be adapted for use by the Navy or even the military in rough terrain. With the ability to launch the drone from a site closer to combat, General Atomics is probably not too concerned about the drop in stamina due to the increased payload.

The power of customer insight – the good, the bad and the ugly