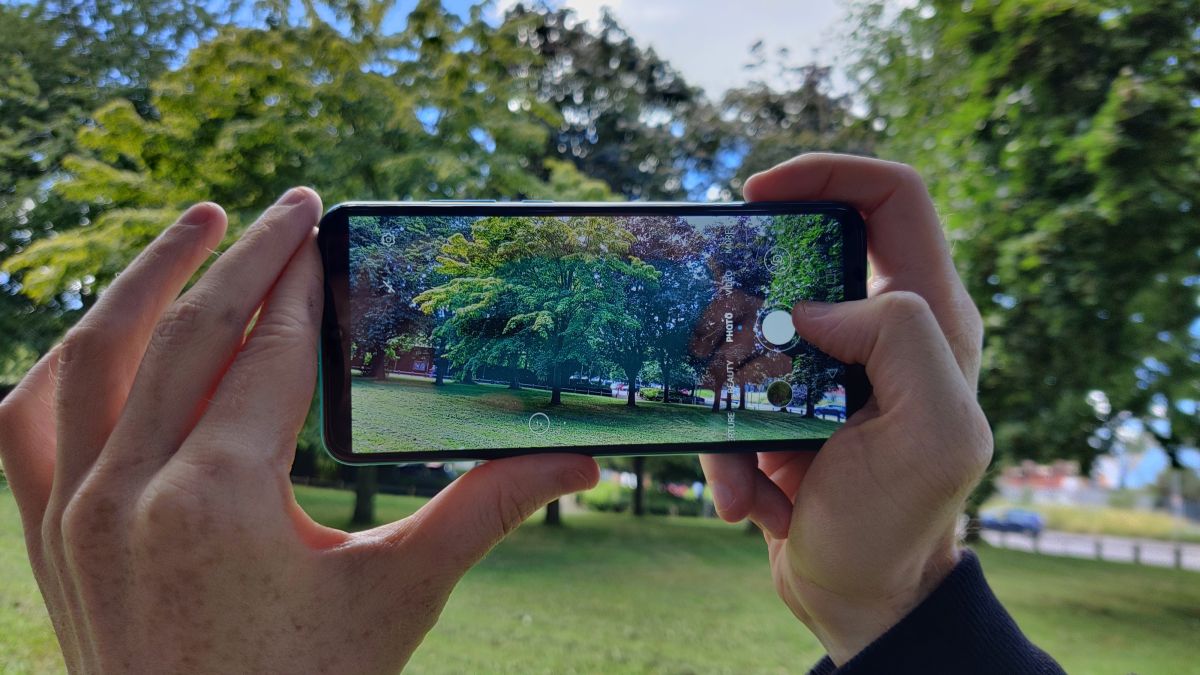 Whether you’re a photography enthusiast, a frequent social media sharer, or just passionate about capturing those little moments in life for your own memories, you’ll want a phone camera that can meet your needs.

Camera quality is a real focal point for the smartphone market these days, with some of the best camera phones offering feature-packed snappers with increasing megapixel counts and pixel sizes, as well as larger sensors.

This is leading to a split in camera styles: manufacturers like Realme and Motorola are offering ever-increasing megapixel counts, while brands like Sony and Xiaomi are offering more on sensor size.

So what is most important when buying a camera phone?

Why is sensor size important?

The one fundamental aspect that all photography revolves around is capturing light, which is exactly why sensor size is so important.

The sensor, which is actually made up of many small light sensors called photosites, captures light photons, which are converted into electrical signals and ultimately into your final image. Larger photosites can gather more light and produce less noise, making larger sensors better for low-light photography

Smaller sensors, on the other hand, tend to densely cluster smaller photosites, which creates more noise and affects the sharpness of your image. But while smartphones have smaller sensors than DSLRs and mirrorless cameras, they increasingly overcome this drawback by combining information from multiple frames (otherwise known as computational photography).

We have sensor sizes explained in depth if you want to know more.

Why are megapixels important?

Megapixels (or MP, about a million pixels each) have become something of a marketing buzzword in camera phones. As mentioned above, photosites are important in that they capture light to turn it into data (in the form of pixels), thereby creating an image.

However, each pixel can only transmit a certain amount of data, which means that the more pixels there are, the higher the resolution of the resulting image can be (which usually means more data to process with the potential of a more detailed final image.

What many people don’t realize when going for higher MPs is that ideally the sensor should also get bigger, otherwise more pixels will be crammed into the same sensor area. For this to work, the pixels themselves must then be made smaller.

Then comes the next challenge – noise. All pixel sizes will pick up both good and bad data, but larger pixels will collect more usable signals and therefore produce clearer images, while smaller pixels will result in noisy, grainy images, as each photosite will struggle to get enough light.

Which is more important, the number of megapixels or the size of the sensor?

While sensor size, MP count and pixel size are all important, the success of a smartphone camera ultimately depends on a combination of sensor size and quality of camera processing. the image.

Looking at some of our favorite camera phones we’ve tested, the running theme is more often larger sensors in combination with larger pixels than very compact high MP count cameras. However, higher megapixel phones have increasingly closed the gap through a process called “pixel binning”, which combines information from adjacent photosites to help them function as lower megapixel sensors in low light conditions. .

Prior to the recent popularity of “pixel binning”, the mid-2010s rush to offer massive MP numbers was quickly replaced by most flagship phones bringing 12MP sensors as standard, with increased sensor and pixel sizes giving increasingly impressive computational photography techniques. -quality image data to work with.

This is also why some dedicated digital cameras with a lower MP count will usually outperform the smartphone image quality, as the larger sensor can absorb more light and deliver a more powerful image.

There are workarounds if you choose not to buy a phone with a large sensor – if you’re using a tripod to reduce hand-shake, you can probably get away with a smaller sensor paired with longer times. longer exposures, but there is still the issue of movement in the frame which will impact the clarity of your image.

Plus, rapid developments in computational photography mean we might see less reliance on both sensor and megapixels in future camera phones, anyway. Software and post-processing are increasingly capable of improving and adapting our digital photography, but fundamentally cameras will always need a hardware backbone to capture usable images.

TechRadar created this content through a paid partnership with Honor. The content of this article is entirely independent and reflects the editorial opinion of TechRadar only.

GoPro Hero11 Black leaks in full glory ahead of launch