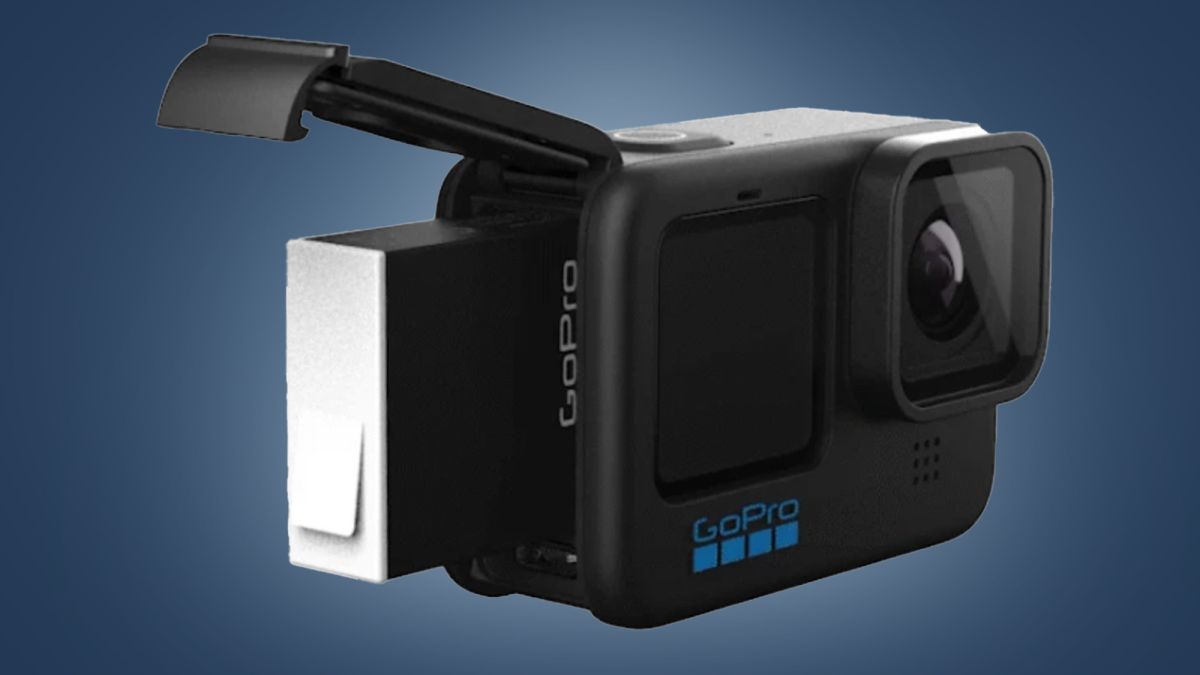 GoPro accessories aren’t new, but in November 2021 the king of action cameras released an unusual one we’ve never seen before – a new Enduro battery for its GoPro Hero 9 Black and GoPro Hero 10 Black models. .

Claims are that the Enduro “significantly improves” your action camera’s performance in cold weather and also gives you extended recording times in normal temperatures.

So should you rush out and buy an Enduro for your GoPro? Or is it an upgrade you should park until you really need a new battery? We put one through its paces at different frame rates and under varying conditions, to find out.

To see how much improvement the Enduro has over GoPro’s standard 1720mAh cell, we tested both battery types in a Hero 10 Black.

These were somewhat complicated by the Hero 10 Black’s tendency to overheat in static, windless situations, but in these situations we tallied the total record times after giving each battery the same ten-minute cool-down break.

For the freezer tests, we ran them after placing the GoPro in the freezer compartment (which was -15°C) at room temperature, and also after leaving the batteries there overnight. In the absence of a ski trip, the latter helped simulate what it would be like to use the batteries on the slopes or during a bitterly cold camping trip.

It was here that the Enduro produced the most marked difference in performance – while the standard battery only managed to start recording for a few seconds before going back to sleep, the Enduro went through its frigid start-up and continued to operate largely as usual. Here are the full results.

Another claim GoPro makes about the Enduro Battery is that it charges approximately 13% faster than the standard battery (as long as you charge the battery in the camera). This can be handy if you’re in a rush or hot swapping them on a long shoot.

Again, we found that to be a fair statement, with our Enduro battery charging in 112 minutes, compared to waiting 125 minutes for the standard battery to recharge in the camera.

Is the GoPro Enduro an essential upgrade?

Based on our testing, the only situation where the GoPro Enduro Battery could be considered an “essential” purchase is if you travel or live somewhere with sub-zero temperatures.

Indeed, it is much more reliable than the standard GoPro battery when it comes to starting in extreme cold. For snowsports, that peace of mind is probably worth the $25/£25.

For everything else, the Enduro is a pleasant purchase rather than a must buy. This certainly increases the battery life of the Hero 10 Black and Hero 9 Black at normal temperatures, with our testing backing up GoPro’s claims for 4K/60p mode (we got a 15% increase) and 4K/120p (where we found a 51% improvement). There is also a marginal improvement in charging times.

If your current battery has taken a beating and has plenty of endurance, it’s worth buying an Enduro and paying the premium over the standard battery. In the long run, we expect it to become the action camera manufacturer’s default battery, but for now, it’s one of the smartest GoPro accessories you can buy.