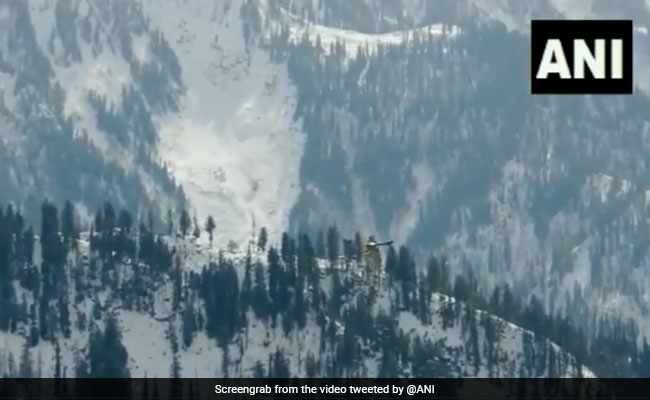 In order to ensure that the COVID-19 vaccine reaches members of the armed forces in the most remote parts of the country, the Indian army has opted to use drones. Indian Army is using drones to deliver the booster dose of COVID-19 vaccine to advancing troops in snowy areas of Jammu and Kashmir. The drones are used to deliver medical supplies to remote locations as part of Mission Sanjeevani. A video of the entire delivery process was recorded by Indian Army officials and shared online. In an article by ANI, the stages of the process are clearly delineated.

The video begins with the note “Mission Sanjeevani. Ae delivery of medical supplies by drone. Then, the clip shows that the whole process is divided into three stages: initial briefing by RMO, preparation of the drop zone and suspension of the payload.

The first step is to inform the agents of the delivery process. In the second stage, we can see agents cleaning the sites – in this case, clearing the snow – of takeoff and delivery of the drones. In the third step, a package containing the vaccines is attached to the drone which moves to the designated destination and drops the package on the ground in the presence of an agent waiting on site. The drone then returns to its point of origin. Vaccines are packaged to ensure there is no damage during delivery sources.

Attributing the source of the video to Indian Army officials, ANI said in the tweet, “Watch: Indian Army uses drones to deliver vaccine booster to forward troops in snowy areas of J&K. In this case the package is abandoned because the line of sight issues do not allow it to land or descend lower.The package was well padded for protection.

Take a look at the video here:

#LOOK Indian Army uses drones to deliver booster shot to advancing troops in snowy areas of J&K. In this case, the package is abandoned because the line of sight problems do not allow it to land or descend lower. The package was well padded for protection

A few days ago, Indian Army Chinar Corps warriors braved snow to evacuate a woman from Bandipur district in Jammu and Kashmir to a helipad. According to Chinar Coprs, Fazali Begum from Baraub was carried on a stretcher for 1.5 km in the snow.