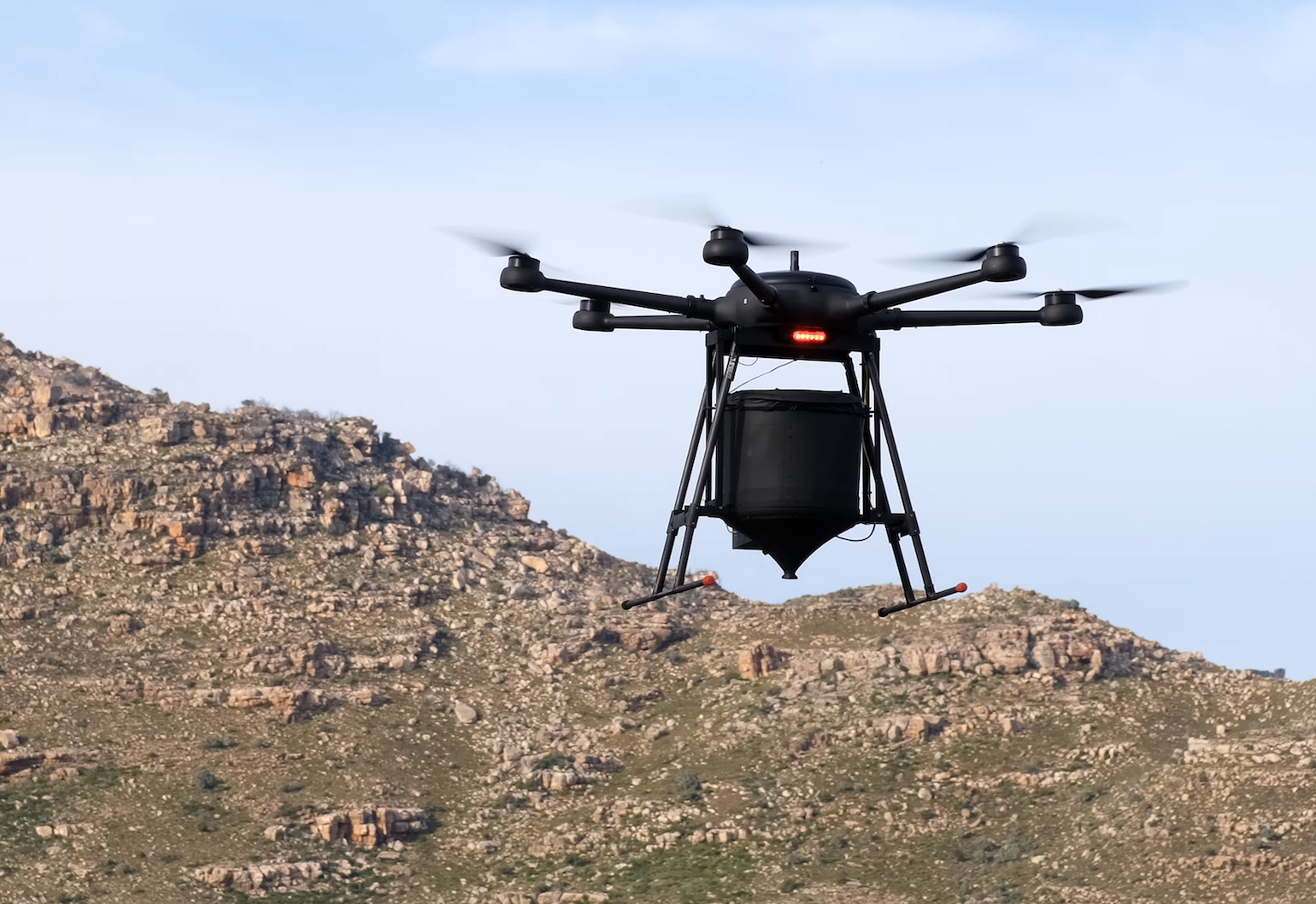 “Crowdfunding has helped us raise awareness and invite people to support us – our slogan is ‘Join our mission: restore the planet’,” says Walker.

“It also helped us grow our team and leverage partnerships with academic institutions, but the latest round of funding was fundamental to advancing our biotech to a point where we are now poised to scale.”

Today, AirSeed projects include collaborations with landowners and businesses on large-scale projects, with reforestation plays an essential role in carbon credit systems.

He recently joined forces with Telstra on a tech trial to plant and manage the reforestation of 240ha of land in Yarrowyck in northern New South Wales to help offset the telecom operator’s carbon emissions. The project includes the planting of 158,000 native trees and shrubs, which are expected to store approximately 160,000 t of carbon dioxide over the next 25 years.

AirSeed Technologies uses a combination of artificial intelligence and GPS technology to plant 40,000 seeds per drone per day.

Louw explains that pre- and post-plant analysis is a key part of the AirSeed solution.

“Using remote sensing, our proprietary software and machine learning algorithms, we are able to identify the best places to plant specific species while also identifying where not to plant, such as rivers, roads, fallen trees and depressions in the ground which may indicate noxious weeds.

Once these factors are identified, AirSeed’s software creates a flight path and tells the drone where to plant certain species in certain locations.

“Each drone in a flight can plant up to 16 different species, which is a key part of the process, and a big part of our business is making the seed pods and the technology behind it,” says Walker.

AirSeed’s pod technology represents the majority of its intellectual property.

“It’s a way to stimulate growth at an early stage and reduce susceptibility to things like ants and other types of insects, for example, that could potentially damage or kill the plant once it gets started. has reached a certain size.”

“We don’t just plant and then walk away,” says Walker. “We commit to a project for typically up to three years and use remote sensing data to process the algorithms that tell us where we’ve planted and what’s growing and where there are invasive weeds because the weed load is one of the main causes of failure.

When invasive weeds are detected, AirSeed’s technology can identify the variety and type of pesticide to be delivered at specific volumes.

“Information about the low-toxic spot spray is transmitted to another drone that flies in and does the spraying,” Walker says.

Most young trees take at least five years to mature beyond the point of vulnerability to pests and predators. Walker says the success rate of AirSeed varies depending on the environment and plant species planted.

“Project types have their nuances, but 20-40% is our target ratio,” he says. “Seedlings grown in a nursery with people going out to dig a hole and plant them present an expensive and slow-scaling process, but it yields very high success rates of around 80 percent.

“Our goal has always been to strike a balance between creating technology, delivery systems, software and machine learning to facilitate scale and to focus on the science behind biotechnology to promote growth and early stage success rate.”

the UN International Panel on Climate Change estimates that the world has only 10 years to prevent the most catastrophic effects of global warming. Global energy-related carbon dioxide emissions increased by 6% in 2021 at their highest level of 36.3 billion tonnes. While planting trees is currently the best way to sequester carbon, the scale of the challenge requires the planting of billions of trees each year.