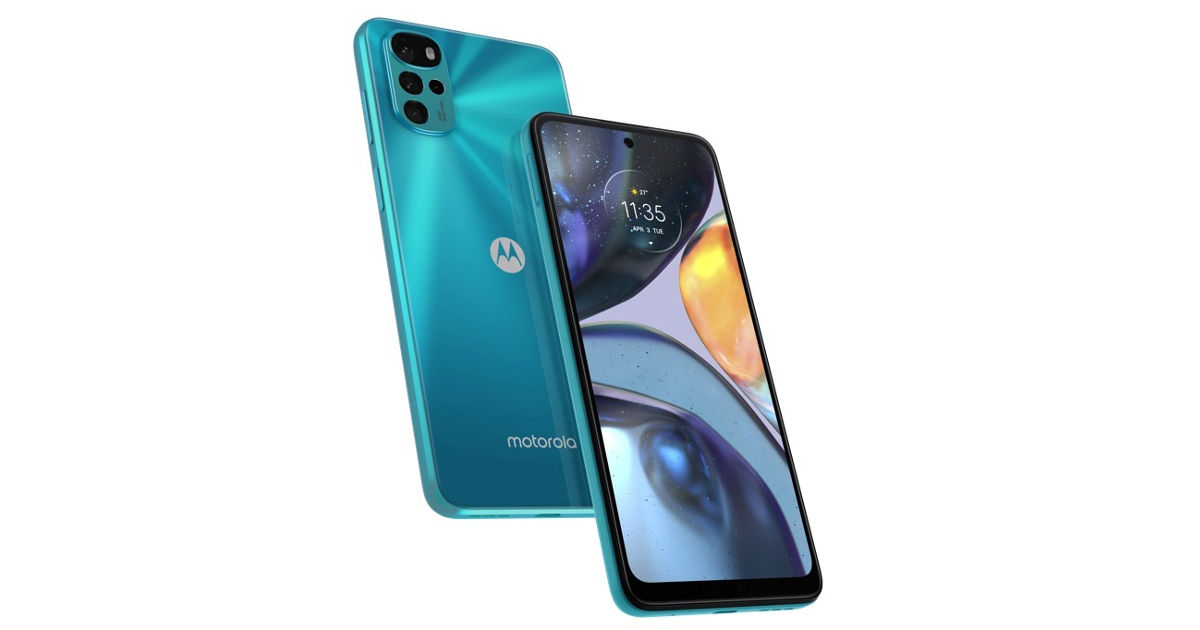 As mentioned, the launch of the Moto G22 India will take place next week, i.e. between April 4-8. It shouldn’t take long for the company to officially start teasing the phone in the country and reveal the launch date.

Besides the specs, Motorola has refreshed the design with the Moto G22 to make it sleek and boasts superior build quality. It has a square design, similar to most phones these days. On the front, it has a perforated cutout for the selfie snapper. On the box, the design of the camera module has been refreshed. There’s a large main sensor on top, followed by three more regular lenses and an LED flash. There is also the iconic Moto dimple on the back.

The volume rocker and power button are on the right spine. The phone can be seen in a green color option, but there will be other choices at launch.

The Moto G22 will come with a 16MP snapper on the front for selfies and video chats. The handset will have four cameras on the back, led by a 50MP main sensor. It will come with a 90Hz IPS LCD screen on the front and will run on the Android 12 operating system out of the box. We expect other specs to be similar to the overall model.

The global variant of the Moto G22 sports a 6.22-inch HD+ IPS display with a 90Hz refresh rate, 1600 x 720 pixel resolution, 20:9 aspect ratio and a punch-hole cutout for the selfie snapper. It is powered by the MediaTek Helio G37 chipset paired with IMG PowerVR GE8320 GPU. The phone packs 4GB of RAM and 64GB of internal storage which is further expandable via a microSD card.

The Moto G22 boots the Android 12 operating system out of the box. Connectivity features include 4G, dual-band Wi-Fi, Bluetooth 5.0, NFC, dual SIM, 3.5mm headphone jack and a USB Type-C port for charging. It measures 163.95 x 74.94 x 8.49 mm and weighs 85 grams. The phone is equipped with a water-repellent coating to protect it from splashes and a side-mounted fingerprint reader.

Moving on to optics, the Moto G22 flaunts a quad-camera setup on the rear, with a 50MP primary camera with f/1.8 aperture, an LED flash, 8MP ultra wide lens, 2MP depth sensor and 2MP macro camera. There is a 16MP camera on the front for selfies and video calls.