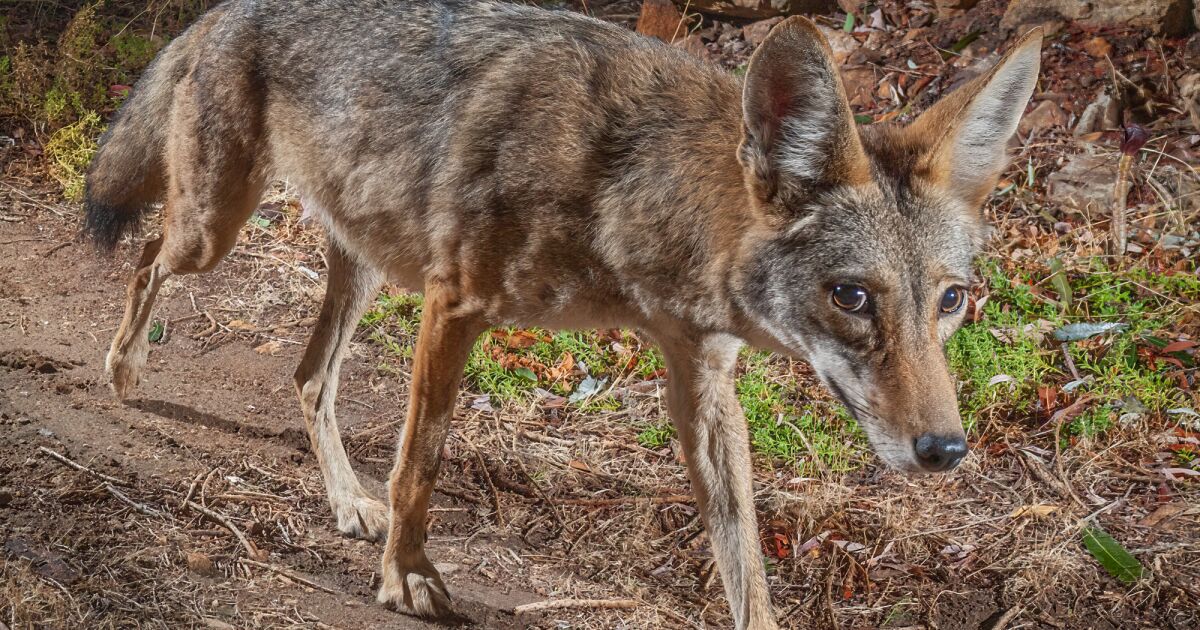 Every morning it’s Christmas on Mount Hoo as I rush to find gifts left overnight by our wildlife neighbors.

These “gifts” come in the form of footage recorded on one of the nine game cameras located in my hilltop house.

With childlike excitement, I pull out the little electronic boards from each camera and with high expectations, hurry back to my computer to see the gifts nature has brought.

Like a youngster on Christmas morning, I am filled with boundless optimism that I may have captured something amazing as the wild creatures of Mount Hoo wandered about in their nocturnal wanderings.

It’s become an obsession that continues with the recent addition of a much more sophisticated camera trapping system that records high resolution footage.

Like most nature lovers, my interest in using trail cameras started with a desire to learn more about wildlife activity that we rarely see in the early morning hours.

I bought a Browning Trail camera and started the journey down the rabbit hole!

Moving the camera randomly every few days, I began to learn travel habits and discovered the presence of creatures I didn’t know that shared our little ridge-top acre.

Footage also recorded prey and predators passing the same locations in about a minute. This makes me wonder if there is a safe zone or agreement between species as to where hunting is allowed.

Soon I put together a portfolio of nocturnal images of coyotes, bobcats, possums, raccoons, woodrats, owls, rabbits…lots of rabbits, bats, quails, roadrunners and even a wild domestic cat casual.

I added a small bowl of water to the floor just outside my office window and was thrilled to learn that almost all of my wildlife neighbors were taking advantage of this important resource.

The images were thrilling evidence of life after dark on Mount Hoo. Gradually more cameras were added, capturing an opossum carrying young in its pouch, the spring crop of coyote pups or cottontail rabbits taking dust baths.

The cameras offered an expanded look at the lives of our local wildlife neighbors, but the footage was more novelty than quality. It was time to step up the game of nocturnal nature photography.

I had a pro grade digital camera that I wasn’t using so I made a waterproof case and bought a remote shutter that would be motion activated and wirelessly send a signal to my equipped camera of a receiver.

The camera would fire, a small transmitter would signal multiple flashes to fire, and anything that moved in front of the remote shutter would be photographed.

I set up the camera trap less than 30 feet from my bedroom door along a small path that passing creatures would likely have to use.

It was Big Boy Christmas with high hopes for huge gifts in the form of spectacular images from our denizens of darkness.

Sometimes morning presents are more like lumps of coal.

Imagine my excitement when 42 images were waiting for me on the new high resolution camera? Unfortunately, most of the photos were of a narcissistic bunny posing while his picture was taken.

I’ve written about night game photography with trail cameras before, and reader interest was high. Dozens of people have asked me to recommend a camera, but there are so many choices and features that it’s best to do your own homework.

A good place to start is trailcampro.com where you can find a comprehensive buying guide and product reviews.

The Nat, also known as the San Diego Museum of Natural History, has requested some images and information for an exhibit it will launch Nov. 18, called “Caught on Camera: Wildlife When No One’s Watching.”

“Caught on Camera is intriguing and visually stunning, but it also shows how camera traps can play a role in conservation,” said Justin Canty, vice president of education and engagement at The Nat. “We hope that visitors will be inspired to participate in conservation in their own way, whether by sharing their own sightings or simply learning about the local wildlife with whom we share our surroundings.”

The exhibit will be featured on several walls of the museum’s upper-level mezzanine where visitors can see squirrels hopping, bobcats in the backyards, and even native species few have heard of, such as the ringtail.

Many of the images were taken by researchers from The Nat and others working to study and conserve regional biodiversity, as well as community scientists.

If you would like to contribute your game cam photos that interest you, visit sdnhm.org/exhibitions/caught-on-camera and upload them in JPG format.