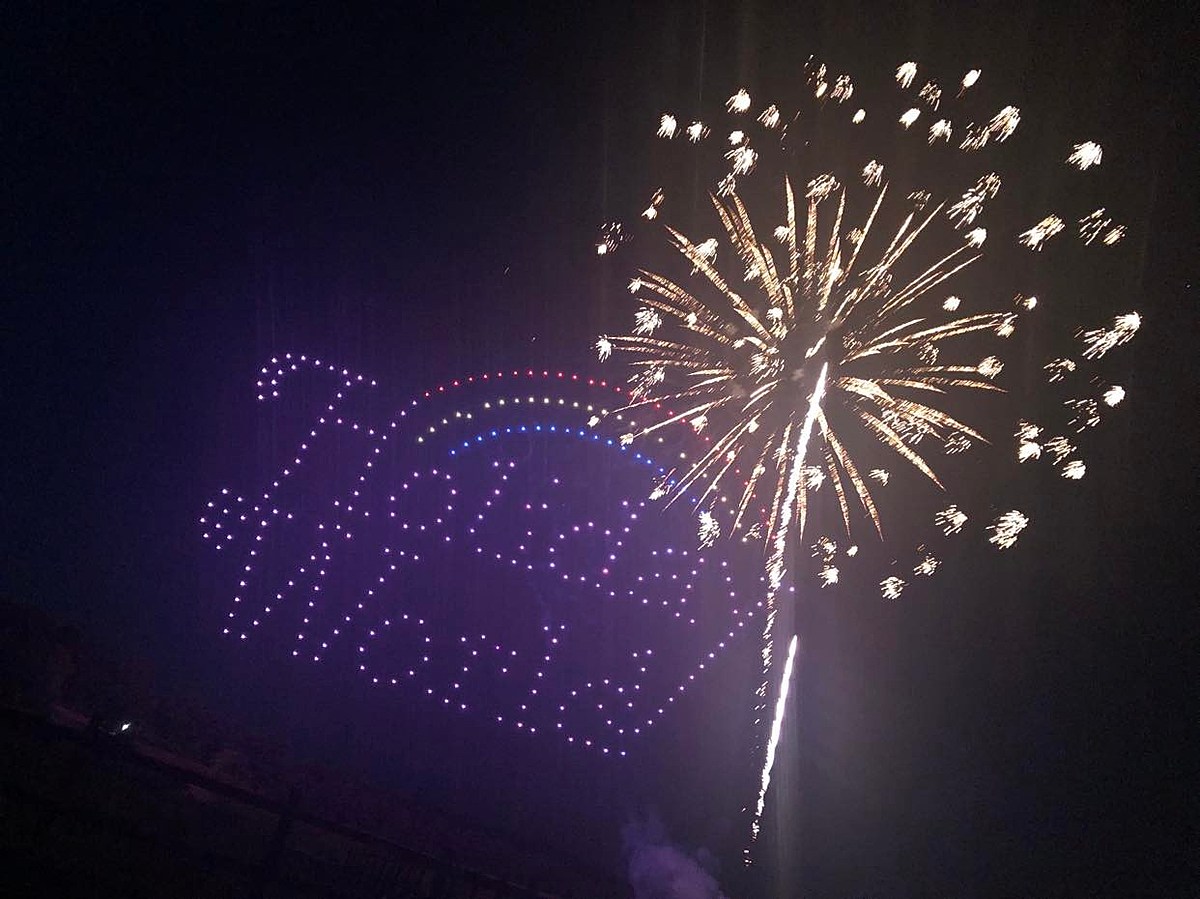 Earlier this year, Holiday World made an exciting announcement for guests and fans. Santa’s theme park in Indiana has unveiled plans for an all-new drone and fireworks show called “Holidays in the Sky.” The show will take place every evening starting this Saturday evening and will continue until July 31.

Last night I had the opportunity to head to the park to get a taste of the extravaganza. And, as with most park fans, my anticipation has been building since February, when park officials teased this new addition. We were told that Holidays in the Sky would be a 15-minute show that would include Christmas, Halloween and 4th of July tributes and culminate in a grand finale fireworks display. We were also told that the real stars of the show would be 300 LED-lit drones that would fly and “perform” together in “exciting and breathtaking” patterns.

And some of these models have been teased recently on Holiday World’s social media pages.

Here is a great example of that.

And here is another. A few days ago, Holiday World shared photos of the first-ever Santa Claus that drones created in the sky above the park.

Next, they showed a photo of the new and improved Santa that came from a lot of practice and tweaking the drone display.

Last night, park employees and a handful of park friends were treated to a full rehearsal and sneak peek. It was phenomenal. And, because I don’t want to ruin the whole experience for you, I decided to share the first 120 seconds of the show. Trust me when I tell you, you’ll have to go this summer and enjoy all the spectacle!

And as a bonus, I also took some footage from the very beginning of the show, when the drones fly off the ground in formation to prepare for the show. It’s incredibly cool!

Again, you can catch Holidays in the Sky from June 18 through July 31 at Holiday World in Santa Claus, Indiana.

The Great Cheetah Chase Race Finals were thrilling at Holiday World & Splashin’ Safari. teams of 92.5 WBKR, 99.5 WKDQ and MY 105.3 competed in a draw inspired by NCAA tournaments aboard Cheetah Chase, the world’s first water coaster. Here are some photos of the event !