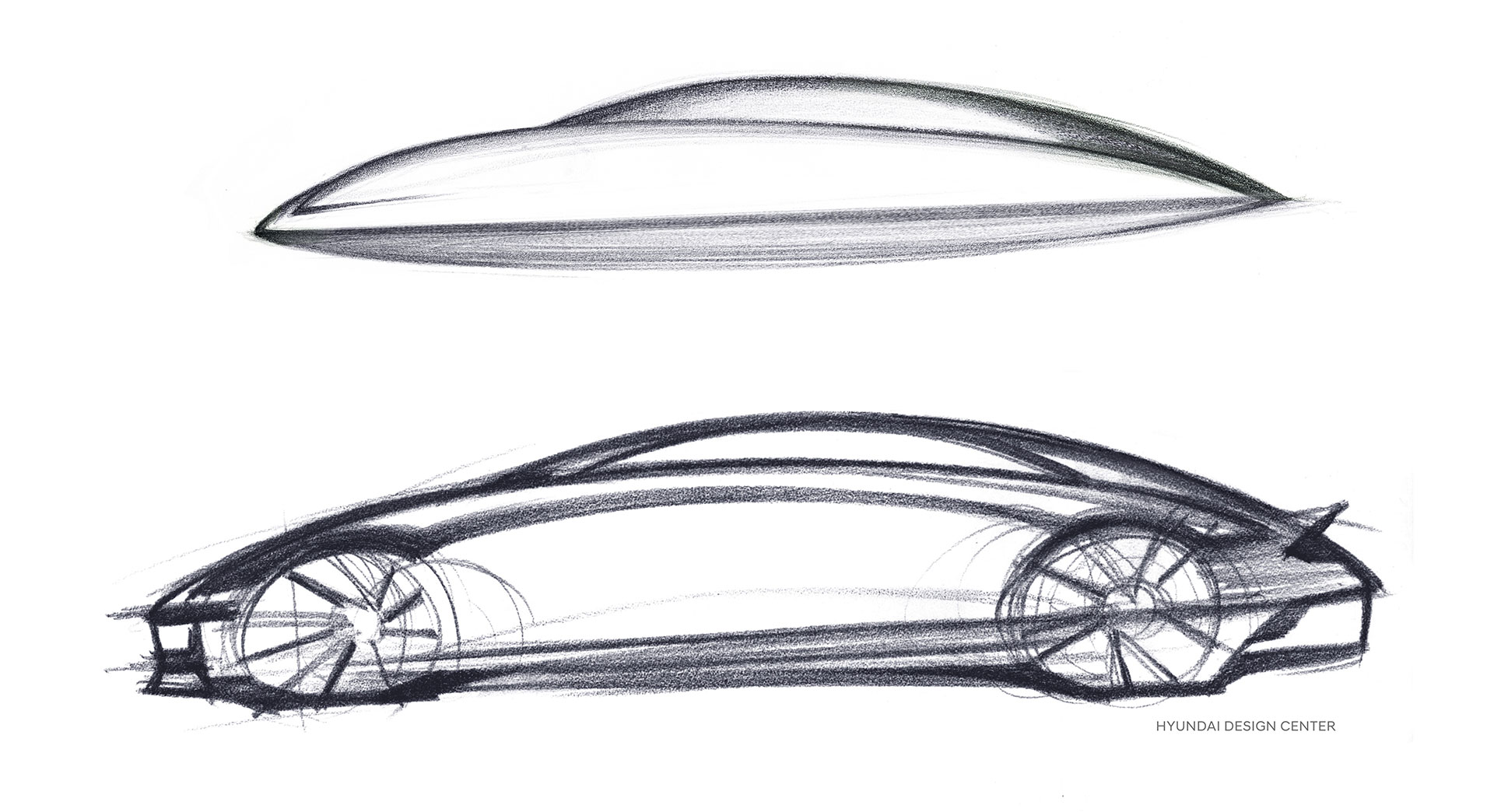 Hyundai continues to tease the upcoming Ioniq 6 electric sedan by releasing a concept sketch of the car.

The South Korean automaker has been quite open that the Ioniq 6 will look a lot like the Prophecy concept unveiled in March 2020. This sketch confirms that will indeed be the case since the profile of the Ioniq 6 looks virtually identical to the concept. .

Key elements of the EV’s design that we can see in this teaser include the car’s curvaceous silhouette and large wheels. We can also see that it sports a large ducktail style rear spoiler, similar to the Prophecy concept spoiler. The production car’s rear overhang also looks largely identical to the concept.

Other key exterior design details of the Ioniq 6 will be pixel-style headlights and taillights similar to those of the Ioniq 5 and the new Staria.

Hyundai has yet to preview the car’s interior, but last year a prototype was spied in Korea, giving us a glimpse of what to expect from the cabin. This prototype was equipped with digital cameras in place of traditional exterior mirrors and also sported a floating center console that could slide back and forth like in the Ioniq 5. The car will also land with a digital instrument panel, a advanced head-up display. , and a large infotainment system similar to other Hyundai models.

The Ioniq 6 will be based on the same E-GMP platform as the Ioniq 5, Kia EV6 and Genesis GV60. Hyundai previously announced that it would sport a 73 kWh battery and be offered with two different powertrains. The first of them will consist of a single 215 hp electric motor while the second model will have a two-motor system with a combined output of 308 hp. Hyundai is believed to be aiming for a range of over 300 miles (482 km).